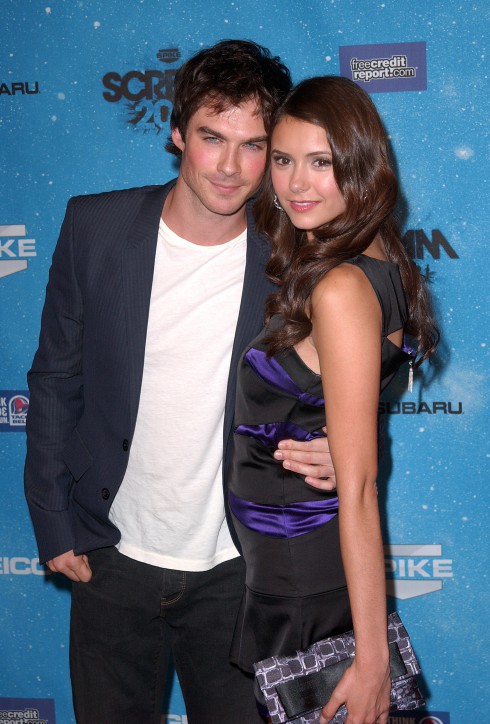 Nina Dobrev and Ian Somerhalder, also known as The Vampire Diaries‘ Elena Gilbert and Damon Salvatore, have called it quits after over three years of dating. The split comes just days after reports surfaced that Nina forbid Ian from joining the upcoming Fifty Shades of Grey film without her. Could what seemed to have been an outlandish rumor really have led to their break-up?

On Monday, a source claimed that Nina refused to allow any possibility of Ian doing the film — unless she was his co-star. While it seems a little irrational, can we really blame her for not wanting her man engaging in sexual activities with another woman, or women? Sure, it may have just been a job for Ian, but a girl can only handle so much.

Despite the odd timing of the split, another source seems to hint that their break-up was more of a mutual decision. According to Us Weekly‘s source, Nina and Ian plan to remain “consummate professionals” and “will continue to work together and remain best friends, which is where the relationship started.”

Regardless of how they want things to be, working together as a couple is sure to be an awkward situation and several months ago, Nina admitted that she knew dating a co-star could be a recipe for trouble. “I didn’t want to be dating one of my costars,” Nina told Seventeen Magazine. “My goal on the show was to be professional. But sometimes you can’t help who you have a connection with, and you can only fight it for so long.”

In February, it was announced that The Vampire Diaries, which is currently airing its fourth season on The CW, would return for a fifth season. Filming on season 5 is set to begin later this year.