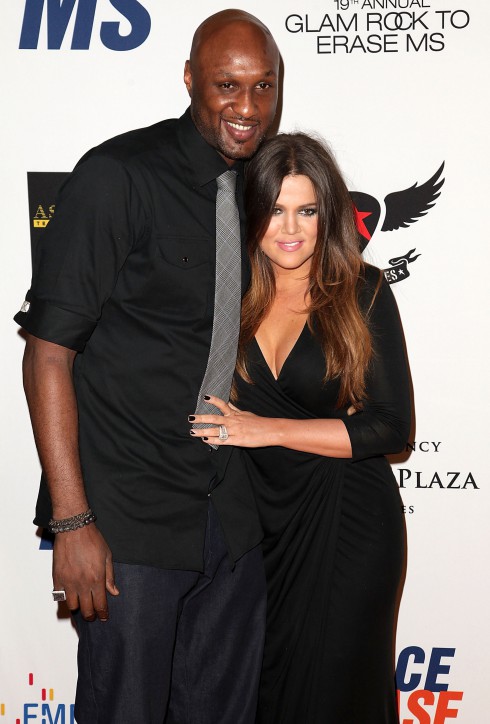 Khloe Kardashian’s husband Lamar Odom got into a scuffle on Wednesday afternoon after reaching his boiling point with a pushy photographer. After confronting the man, Lamar proceeded to open the door to the man’s car and throw several pieces of his camera equipment onto the street. Once video footage of the incident hit the web, Khloe took to Twitter to defend her man.

“Wow can’t believe a paparazzi snuck into our gated area and violated our private property!!!!” Khloe wrote hours after the incident occurred, adding that this wasn’t the first time that the Kardashian clan has dealt with the specific photographer. “This is the same pap that did a hit and run but my brother and I caught him and he has the nerve to taunt us!!! Be ashamed of your self.”

“F**k the papz!!!!! You f**king losers!!!!! But shout out to my hubby for posing with the fans! I love my Lam!” she continued. After the scuffle had ended, Lamar, as if nothing happened, posed for a couple of photos with his fans. It was a pretty surreal moment to watch, considering what had just occurred.

Recently, Khloe and Lamar have been dealing with a new round of divorce rumors which is said to be what led to Lamar’s outburst. In the reports, sources claim that the pair isn’t even living together but since Lamar was in his development when this incident occurred, that clearly isn’t the case.

Below is the video of Lamar’s confrontation with the paparazzo: