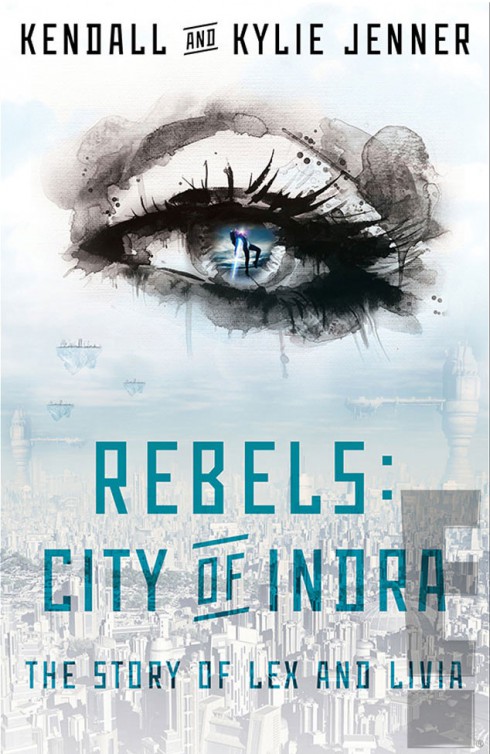 The teenaged Jenner girls are set to release their first young adult book, Rebels: City of Indra: The Story of Lex and Livia, on June 3. Karen Hunter Publishing shared the cover with E! Online yesterday.

“The story that Kendall and Kylie crafted is a thrill ride — one that their fans and fans of this genre won’t be able to put down,” said publisher Karen Hunter, who specializes in working with celebrity authors.

Kendall explained she and Kylie loved the creative challenge of crafting the story. Kylie added, “We can’t wait to share these characters and the world we created with readers everywhere. We are so excited!” 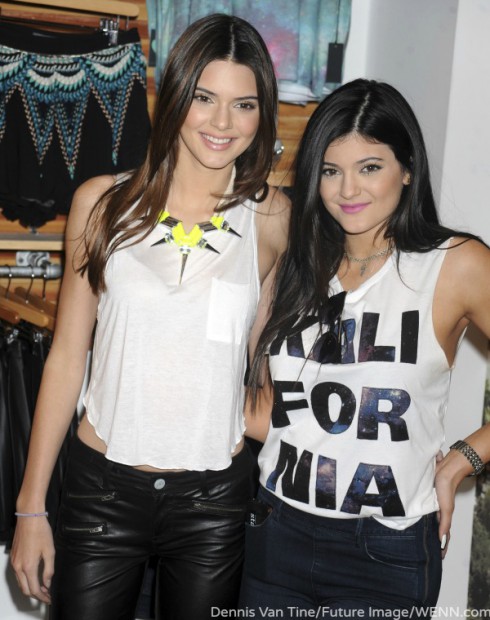 According to the publisher’s website, Rebels: City of Indra “comes from the minds of Kendall and Kylie” — but was executed by novelist Maya Sloan. She’s penned Rich Kids of Instagram and High Before Homeroom.

Maya told XOXO After Dark last summer she enjoys listening to teenagers’ ideas: “I worked with lots of teenagers, both teaching theatre and writing. I just like how they think… Listen to them. Ask them questions and ask what matters to them.”

She added of Kendall and Kylie, “They are teenagers too, with the same feelings and concerns. They just happen to be a little more well-known than most.”

Rebels: City of Indra is set 200 years in the future. The plot revolves around “two super-powered girls, Lex and Livia, who embark on a journey together, not realizing their biggest danger might be each other.”

Lex lives down below, close to rock bottom. She grew up in the orphanage, alone, and now is training to be a Special Op so she can finally destroy the rebels with her own hands. She needs no one.

Livia lives miles above everything on a floating island in the city of Indra. She is training too, but for a life that she doesn’t want. She wants to be free, to finally leave her floating island, and to run with her beloved horse until she can’t run any longer.

And then there’s Kane—Lex’s only friend, whom she would walk through fire for. And when she finds that Kane is in danger, she doesn’t hesitate to leave her post and blast her way to the top of Indra to save him. She just needs to get one stubborn, unexpectedly clever airgirl to tell her where he is first.

In this fast-paced, dystopian thriller, Lex and Livia reluctantly team up to save Kane after discovering that they share a mysterious identical mark—not realizing that their biggest danger is in each other. You see, these two girls have a secret, a secret that even they do not know: they are sisters. Twins. And that is forbidden…

Rebels: City of Indra will be available a in hardcover and digital download on June 3. Here are links to order your copy now from amazon: