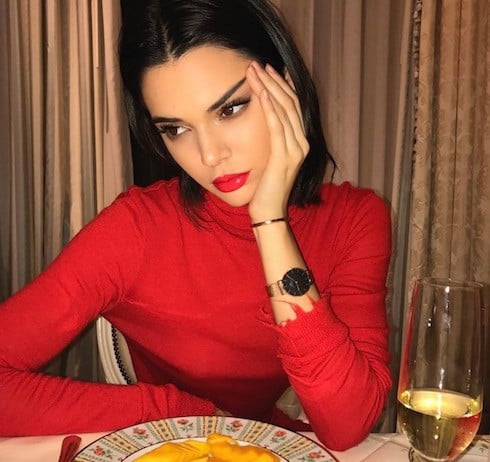 It’s been a rough month for Kendall Jenner. For one thing, she had $200,000 worth of jewelry stolen from her house during a party. And for another–in case you hadn’t heard–she also lent her name and face to the most hilariously off-the-mark ad campaign since Don Draper tied together Hawaii and suicide with a happy knot.

Though this might sound unbelievable, it turns out that a can of Pepsi from a supermodel’s hand is not the answer to all of America’s problems. In suggesting that it might be, and showing 21-year-old multimillionaire Kendall Jenner providing that answer by approaching a cop at a protest (try doing that emptyhanded some time and see what happens), Pepsi managed to offend both sides of the Black Lives Matter debate at once. And, though a virtual torrent of criticism and ridicule led Pepsi to pull the now-notorious ad, it will live on forever thanks to the magic of YouTube–and the same social media forces the company was trying to harness with what it presumably thought was an edgy, topical commercial:

Kendall has reportedly been “traumatized” by the debacle. Her reaction is understandable when you remember that she’s also lived as charmed and sheltered a life as its possible to have in the post-feudal era. But that doesn’t also mean it’s not worth a good “Ha-ha!” According to a source close to Kendall, the second-youngest Jenner was “grateful” to ditch LA for Paris this week.

“She had such high hopes for [the commercial],” added the source. But now, “she’s terrified she will never work again or [will] become a laughing stock. The world sees her as this glamorous, sophisticated, jet-setting woman, but she’s only 21 and she’s very sensitive. This has been very painful and embarrassing to her.”

There’s just so much to mine in this anonymously sourced quote.To begin with, as The Blemish pointed out, heading to Paris to avoid a major media backlash is dumb unless Parisians have neither internet access nor pointer fingers. Worring that she’ll “never work again” is likewise silly for someone who has her huge social media following, which hasn’t dropped one bit this week, to thank for her rise to the top of the modeling world.

But, most of all, it’s impossible to keep from laughing at someone trying to play both sides of the “only 21” coin. Keeping Up With The Kardashians depicts Kendall as a “glamorous, sophisticated, jet-setting woman” from head to toe–and those helpful social media profiles reinforce that image. Is it “painful and embarrassing” to be laughed at by anyone, let alone millions of people? Of course–but most of us can’t turn around and take solace in the millions of dollars we were paid to star in the embarrassing thing after it blows up in our faces. (And let’s not even get into the concept of script vetting.)

If Kendall is smart, when she flies back from the desolate, third-world city of Paris she’ll step out onto the tarmac holding a can of Pepsi, walk over to whatever media are there to take long-lens photos of her, and pour the contents of the can over her head. Then she’ll announce she’s donating whatever Pepsi paid her to a policeman’s outreach fund, fire her entire management team, and return home to her Calabasan mansion for a nap by the pool and a dream of the $500 million she and Kylie are projected to make over the next decade.