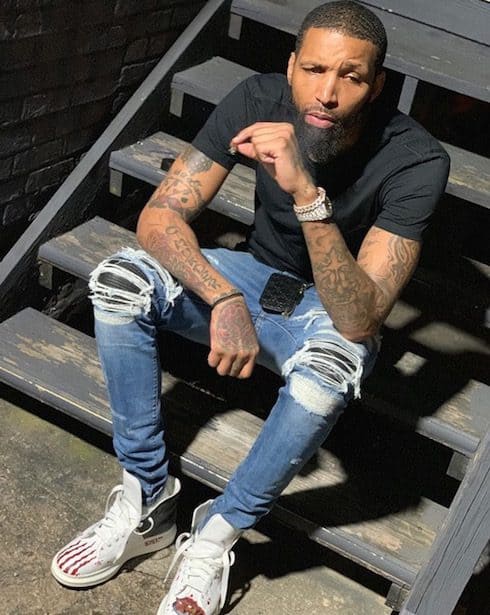 Cliff Dixon, Erica Mena’s ex and a close childhood friend of NBA superstar Kevin Durant, was shot and killed while celebrating his 32nd birthday in Atlanta. News of Cliff Dixon murdered resonated across the worlds of hip hop, basketball, and reality TV, though police are still trying to figure out who killed Dixon — and why.

TMZ was the first to report the story. Initial details were sparse: Early last Thursday morning, at approximately one o’ clock, Cliff was partying in front of the SL Lounge on Atlanta’s Buford Highway when “an apparent lone gunman opened fire.” Dixon was taken to Grady Memorial Hopsital, but doctors were unable to revive him. He was 32 years old.

Per a police report, an officer in his patrol car outside the SL Lounge “saw a black male wearing all black [and] a black skull cap fire” at Dixon, who had only just showed up at the club. The gunman took off, and has yet to be discovered. It’s also not known if Dixon was targeted by the gunman, or what motivation his murderer may have had.

Cliff and Erica’s relationship lasted about ten months, and didn’t end on the best of terms. The pair most recently made headlines last October, when they got into a screaming and ultimately physical argument at Erica’s house. Cliff wound up kicking in a door to try and get to Erica — but behind the door was houseguest and Love & Hip Hop Hollywood star Nikki Mudarris, who may have been the one to call the cops. Cliff and Erica were both arrested. (Click here for the full report.)

Erica took to social media shortly after the news of Cliff Dixon murdered broke. In two separate posts, she mourned the loss of her former lover:

We all deal with so much. You dealt with a lot. I’m so sorry this happened, you didn’t deserve this. Rest in forever peace. Watch over your blood sisters, brothers, nieces, nephews and your mommy. I know they are so broken right now….Please love me while I’m still here. Nothing is promised. Appreciate life.

Cliff was also well-known for being a member of Kevin Durant’s inner circle. The two grew up and played basketball together outside Washington DC; Cliff played two years of college ball at Western Kentucky, as well as playing overseas for a time. He was one of the old friends Durant thanked in his acceptance speech for the 2014 MVP award.