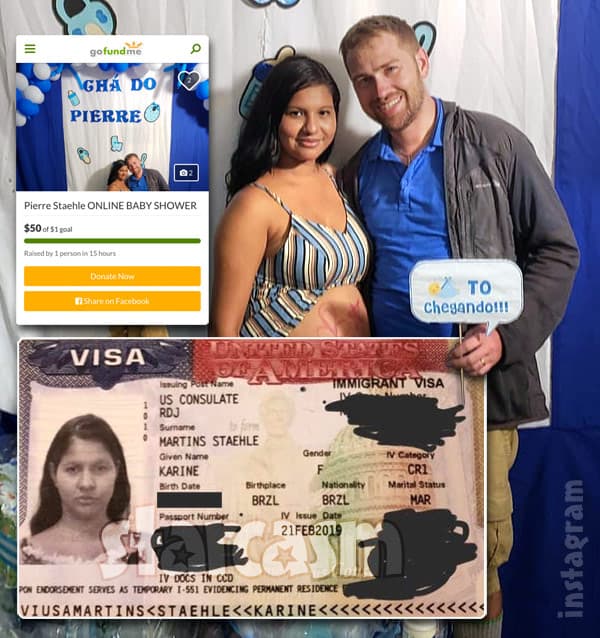 Congratulations to Before the 90 Days couple Karine and Paul Staehle! Karine, who is currently 37 weeks pregnant, has received her US immigration visa!

The news of Karine’s approval was seemingly confirmed by a photo of her actual visa (included above), which has been making the rounds online. As you can tell from the photo, Karine received a CR-1 spousal visa, which is different than the K-1 visa that 90 Day Fiance fans are used to. According to the photo, the visa was issued on February 21.

Unlike the K-1 visa, the CR-1 visa is for someone from another country who is already married to a US citizen. Here is the very brief explanation of the CR-1 visa from Wikipedia:

A CR-1 visa is an immigrant visa that allows a spouse of a U.S. citizen to enter the U.S. as a Conditional Resident (hence the abbreviation, “CR”), if they have been married for less than two years. A sponsor files for a CR-1 visa by submitting a Petition for Alien Relative, Form I-130.

To be eligible for a CR-1 spousal visa, the U.S. petitioner must be a U.S. citizen or lawful permanent resident who is at least 18 years old. The petitioner must also be legally married to the alien beneficiary and meet certain minimum income requirements set by the USCIS.

Like many Before the Days fans, I’m curious how Paul was able to “meet certain minimum income requirements” given his rather infamous lack of income. By all accounts, Paul and Karine are filming for TLC again, so perhaps they got a bit of a raise?

While we are on the topic of Paul’s income, he recently posted on his Instagram that he and Karine are currently accepting “digital gifts” as part of an “online baby shower” for their baby boy Pierre via GoFundMe and PayPal. Paul attempts to avoid some of the GoFundMe backlash that other cast members from the 90 Day Fiance franchise (including himself) have received for launching a campaign on the site with his description:

At the time of this post, the GoFundMe had a single $50 donation, but there was a comment saying the person was sending $500 — I assume that was via PayPal.

As mentioned above, all evidence suggests that Paul and Karine are filming for TLC again, but it is still unclear for which show. Given their particular situation, they do not seem to be a fit for any of the existing or newly announced concepts. The fact that Karine has received her CR-1 visa means that there is no 90-day caveat for her visa, so the original flagship series 90 Day Fiance and the first spin-off Before the 90 Days seem like a bad fit.

TLC announced last year that they were filming a new spin-off titled 90 Day Fiance: The Other Way featuring US citizens willing to move abroad for love. Karine receiving a US immigration visa would seem to clearly indicate that it is her intention to move to the United States, and not for Paul to move to Brazil.

I suppose we will all just have to stay tuned to find out!

While you wait, I suggest you give Paul and Karine a follow on Instagram so you can keep up with the last month of Karine’s pregnancy. The couple has been sharing some rather remarkable baby bump pics so far, and I can only assume that trend will continue. Here are just a couple examples: 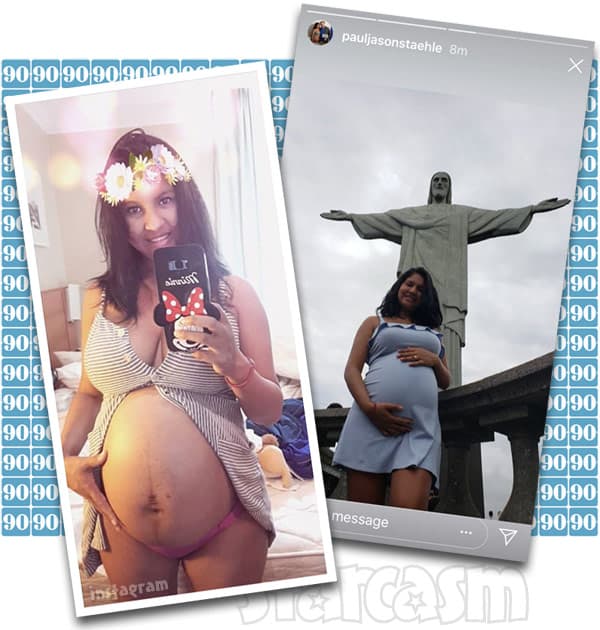 Get your signed Paola Mayfield calendar now for $59.99