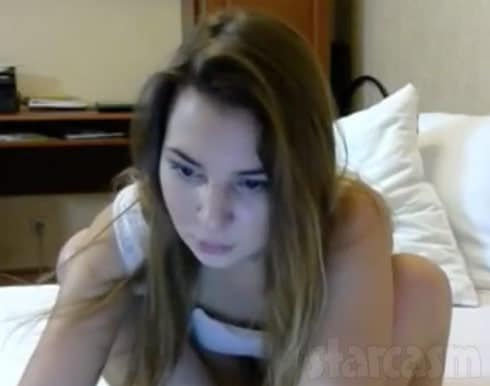 On Part 2 of the 90 Day Fiance: Happily Ever After Tell All special, Anfisa was confronted by show host Shaun Robinson about whether or not that is actually Anfisa in the now-infamous nude webcam video. “I’ve seen a bunch of people sending me screen shots and videos with a girl that really looks like me, but it’s not,” Anfisa states clearly. “Never done that,” she adds.

Shaun asks Jorge if he ever thought Anfisa was involved in some kind of webcam. “No,” he says, after a pause. “I have seen this other girl that they sent pictures of and they posted up pictures and videos of — some p0rn actress — but it’s not my wife.”

Jorge is drilled about last season’s Tell All special in which he kept telling Shaun to ask Anfisa what she did for a living, and stating that her occupation was embarrassing for him. They even re-showed a scene with Jorge’s pal Ramone, who famously described Anfisa’s alleged business endeavors as “prostutitorial type work.”

Jorge continues to tow the line that he was merely angry with Anfisa and says he was just trying to inaccurately portray her as a “ho.”

Anfisa’s flat-out denial had me wanting to revisit the infamous webcam video just to make sure I wasn’t crazy to assume that it was really her. While doing a bit of online research about the clip’s provenance, I ran across a Reddit comment on a post about the video that said the furniture in the webcam video is the same as the furniture in Anfisa’s 90 Day Fiance casting tape shared by TLC.

I checked the casting video, and it does appear to be a smoking gun. In her casting tape, Anfisa is sitting on a couch with a pattern identical to the bed in the webcam video, which looks like a sleeper sofa. In addition, the wooden closet beside the bed is the same as well: 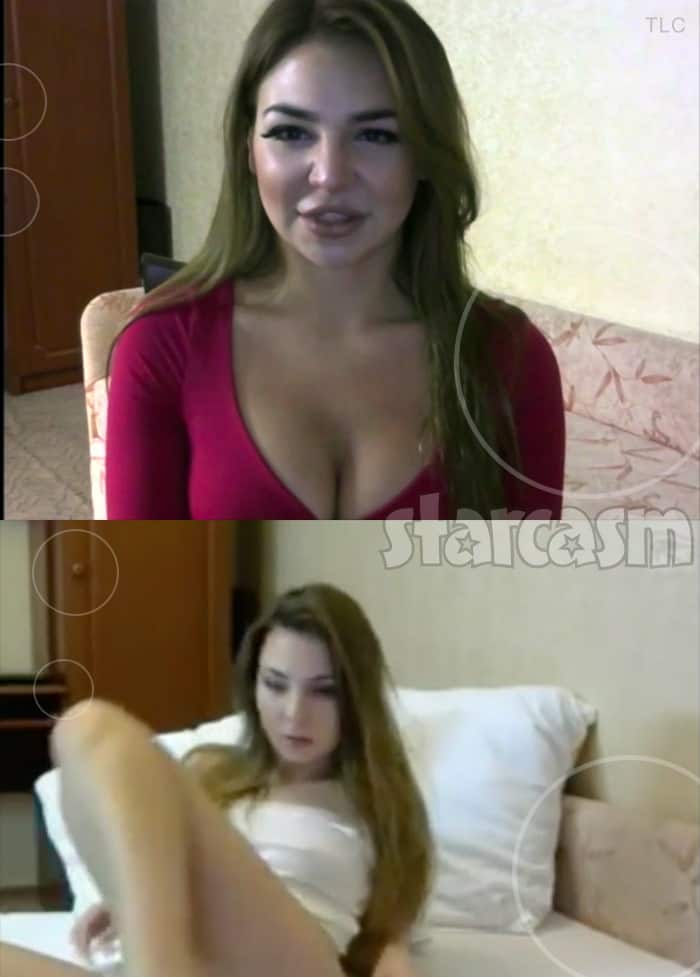 In the above photo, I’ve also circled the casting tape’s very slight indication of where the desktop is on the cabinet. You can see this more clearly (and in the same place) in the webcam video.

In addition to the similarities mentioned above, there is also the spacing of the wooden cabinet from the wall as well as the wall color. I think it’s more than just a coincidence that the camera angle is essentially the same. The webcam video does shift to the floor for a brief period, but the focus of the camera is on, umm, other things (ahem), so the floor is too blurry to match.

I suppose it is still technically possible that someone faked the video by not only finding an Anfisa look-alike who was willing to pose nude in a video and then *also* finding a room that matched the room in her 90 Day Fiance casting tape perfectly!

That being said, I think we can assume that the young lady in the webcam video is definitely Anfisa.

As far as where the video came from, my theory is that Jorge and Anfisa met through her webcam (as Stevie Ryan claimed Jorge told her) and he saved one of the videos. Then, when he was in his angry mode wanting Anfisa to be seen as a “ho,” he uploaded it out of spite — or sent it to someone with that being the inevitable result. Pretty much like his previous Tell All comments, Jorge tried to backtrack, but the genie (and all of Anfisa) was already out of the bottle.

There is also the possibility that the video was a private video meant only for Jorge. It sure didn’t seem like a personal video, and Anfisa acted like she had done it numerous times, but that is still a possibility. It just seems like if that were the case, that Anfisa would be reacting completely differently?

On a side note, when I previously wrote about the webcam video I pointed out that Anfisa’s breasts were a lot smaller in the clip than they are now. Unlike her webcamming, Anfisa has been very open about her plastic surgery procedures, and during a recent Instagram Q&A she went into great detail on exactly what kind of implants she got. And yes, Jorge paid for it. (It looks like she had already been augmented — in more than just her boobs — before making the casting tape.)

On another side note, I smile a little when I imagine Annie and David Toborowsky inevitably reading this post while chilling in their storage facility apartment. Hey David and Annie! Feel free to print out the article and bring it to the next Tell All — if you guys are still in the US!

As far as Anfisa’s prostutitorial work, my thoughts are the same as they were when I answered the question on Twitter back in May:

I totally believe that Jorge made up the stuff about Anfisa being a prostitute, but I've seen the video and she (or her twin) was definitely a web cam girl at some point ? https://t.co/WctQNVMeYA #90DayFiance #Camfisa pic.twitter.com/vZcFqTlGts