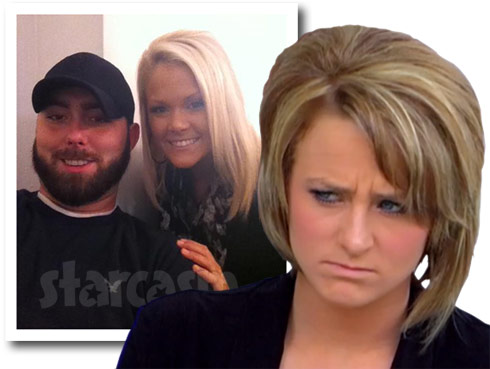 Teen Mom 2 star Leah Calvert continues to defend herself against allegations that she withdrew all the funds from her and ex Corey Simms’ daughter Ali’s $50,000 trust fund. She previously tweeted “My girls still have [their] money….” before adding, “It’s just not at the bank your looking at.” She later called out the Corey and his wife Miranda’s “official and APPROVED” Facebook page for making statements that were untrue, and angrily adding that “a marriage that PRETENDS to be PERFECT is NEVER perfect.”

Last night Leah returned to Facebook to further clarify where Ali’s $50,000 went, and also to reveal that she is currently working on a book!

“I would be ashamed of myself,” she said in reference to some of the things that have been said about her recently, “especially the article [about] me taking money from my children. The funny thing about it is… The money that was given to my kids is not in the account they’re saying it was ‘stolen’ from… Have you ever heard of CDs at a bank?”

She finished her lengthy entry withe these words seemingly hinting that she would be voicing her side of the story soon:

I’m doing my best at being as nice as I can be and as PATIENT as I can be for soon it will be my time to speak to everyone and they will see… I will not need a “close source” etc or even an attorney to do it for me. I have no reason to downgrade anyone but just to speak the TRUTH rather I look bad or I don’t look bad. I would never chose to put someone down to lift myself up. I guess each to their own though and they one day will pay that price. This is honestly all I have to say to this post. I’ve never in my life could say some of the things to someone that I see and am called on social media and one day yes you too will have to pay a price for that, if that person is you. I forgive you anyways and love every single person that was given life and I wish NOTHING but the best for you and everyone in this world. Xoxo

Leah later added, “Each and everyone out there will learn a lot by reading my book that will be coming when the time is right.” 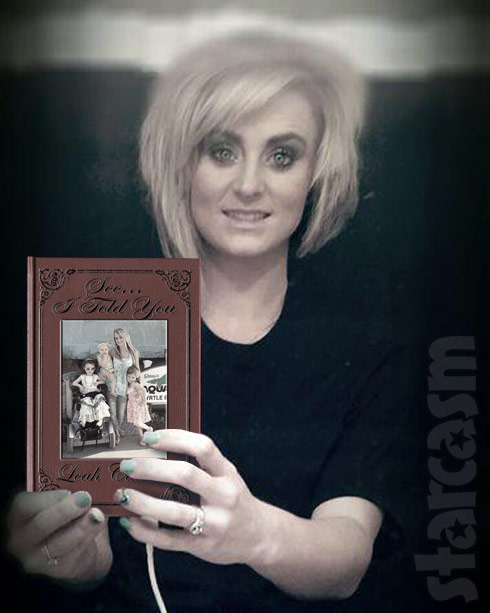 * That is not an actual book Leah is holding in the photo above, just a product of Photoshop.

There was a good deal of debate online and in the comments section of Leah’s post about Corey and Miranda’s connection to the Facebook page in question, with one commenter writing, “Leah, you don’t know if they allow it to be ran or not.. maybe they’ve reported it to FB but you don’t know that.. get the whole story before you accuse them of sitting by & allowing them for this to happen.”

To which Leah responded with, “yes I do.. If I didn’t KNOW. THEN, TRUST ME WHEN I SAY THIS… I WOULD HAVE NOT SAID A THING ABOUT IT.” Leah had previously stated, “Corey and Miranda do not run a page its their close family that run the page that was approved by Corey and Miranda for them to run it.”

If Leah Calvert is indeed writing a book, she will be following in the footsteps of an ever-growing number of Teen Mom and Teen Mom 2 stars making the transition from reality stars to authors including Kailyn Lowry, Catelynn Lowell (and Tyler Baltierra), Farrah Abraham, Amber Portwood and Debra Danielson. And that doesn’t even include the books about Teen Mom and Teen Mom 2 like Teen Mom Confidential or even 16 and Pregnant star Ashley Salazar’s book!

Surprisingly. Leah took to Twitter to reveal that 2014 actually turned out well for her and her family, despite the recent headlines:

I thought 2014 was going to turn out to be the worst year of my life, but after Dec. 8 It turned out to be the BEST by God's GRACE & MERCY!