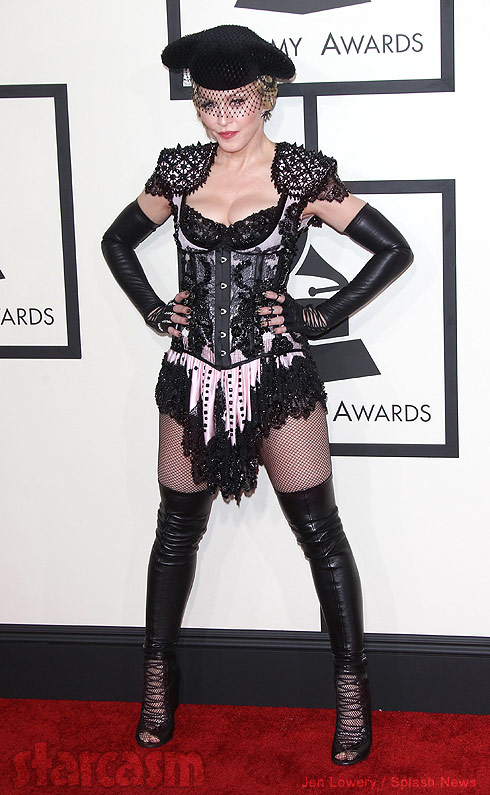 56-year-old pop icon Madonna brought her bad girl hanky panky flair to the red carpet at the 2015 Grammy Awards in Hollywood earlier tonight as she looked nothing like a virgin with her las islas bonitas fully on display in a matadorable racy, lacy, girl-gone-wild Givenchy Couture matadorable corseted ensemble that looked like the book cover to an erotica bedtime story. In other words, Madonna was Madonna — and it was fantastic! (Can you count how many Madonna song references were in that paragraph? I lost count.)

The matador look is reminiscent of her outfit in the recently released “Living for Love” music video (included below), and Madonna will reportedly be wearing yet another similar look during her performance of her song during the awards show. “I’m wearing Givenchy,” Madonna told E! Live from the Red Carpet co-host Ryan Seacrest. “He also made my performance outfit—they’re different colors. [And] these boots have nails in them, I can’t dance on nails.” Ah, c’mon Madonna — I bet you can! 😉 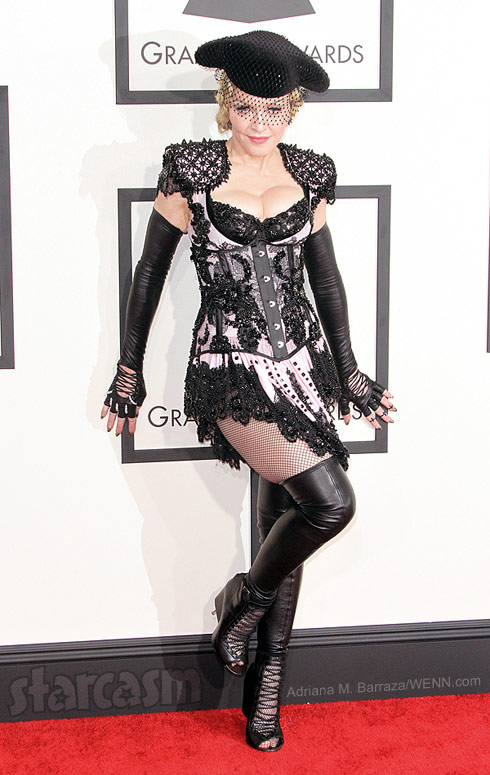 But I think comedian and Parks and Recreation actor had my favorite Madonna Grammys tweet:

Dear Tweens: This is @madonna. She invented everyone you like except she's smarter than they are. Have a great night. pic.twitter.com/Mt7C7FwZGM

Here’s the music video for Madonna’s “Living for Love” to help you prepare:

A-Rod And Madonna Soon To Be Living Evita Loca?