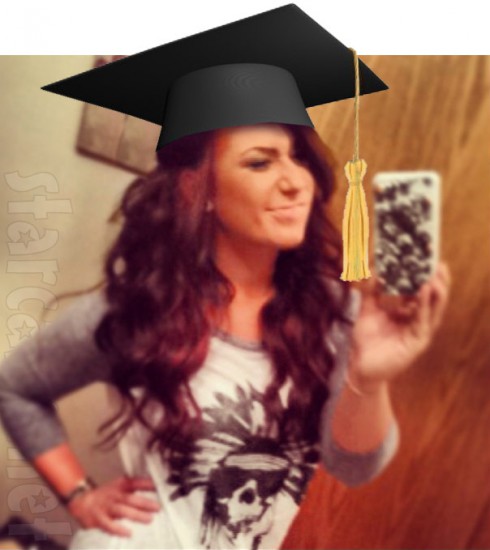 During the fourth season of Teen Mom 2 viewers saw Chelsea Houska working her way through esthetics school, and it appears as though we may get to see all that hard work pay off in Season 5 because Chelsea has graduated!

Accolades from family and friends poured out on Twitter yesterday and today, including this heart-warming photo of Chelsea getting a bear hug from proud Pap Randy Houska, who tweeted, “It’s a great day…..” with a couple tears of joy emoticons to boot: 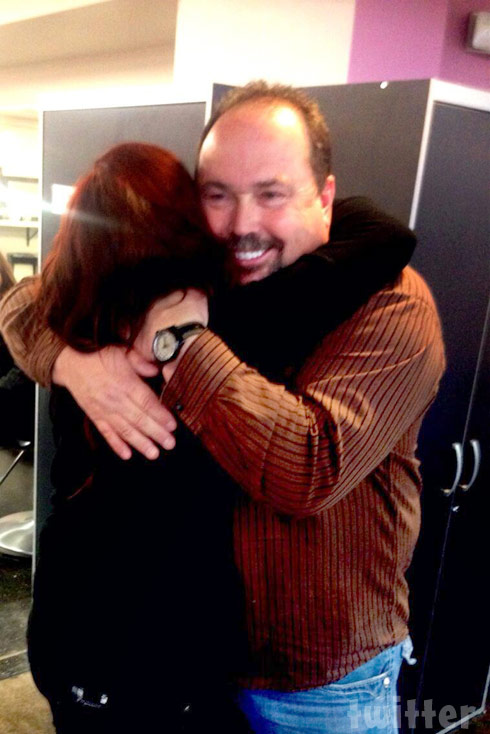 The photo was preceded by a Twitter exchange between Chelsea and dad Dr. Randy:

Chelsea: So happy with everything and everyone in my life right now – it’s a damn good feeling. #grateful #blessed

Randy: @ChelseaHouska paths lead in so many directions and you are on the right one #awesomeweek #proudpapa

Chelsea also received congratulations from her best pal (and cosmetology guru) Landon, to which Chelsea responded with mutual appreciation:

@landiduhh thank you babe! Love that you've always had my back

Landon later added, “So happy that the traveling beauty squad is finally ready to take on the beauty world @ChelseaHouska @MNOvre10 @amanduhhblk” (Fans of Teen Mom 2 and Chelsea will probably recognize the Twitter handle @MNOvre10 as none other than Chelsea bestie and Starcasm fave Megan Nelson! Congratulations to Megan too!)

Landon also posted a photo earlier today getting in on Chelsea Houska Hugapalooza:

Awww me giving my wifey @chelseahouska a big hug for graduating today!! pic.twitter.com/eCci68DOuP

Apparently Chelsea later began to feel a little paranoid about her success, afraid that it just meant something equally bad or worse was going to happen. But a fan sent her an excerpt from a daily devotional that lifted her spirits and got her back into a more positive state of mind:

Chelsea: I always start waiting for something bad to happen when I get to a certain point of happiness. Thank you to my babes @calliraexo for sending me this, to remind me to just let it be and to be grateful ❤️ 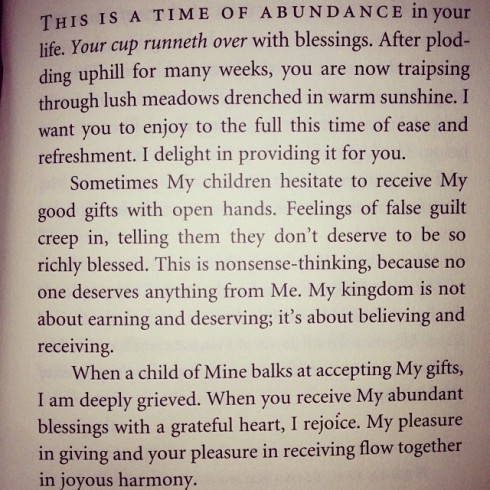 (The excerpt in the photo is from the Jesus Calling: A 365 Day Journaling Devotional.)

I’ve always been a big fans of Chelsea and the entire Houska family, so hearing that she graduated made this cold, wintry day just a little warmer. 🙂 I only hope that mom’s graduation will have a similar effect on daughter Aubree as passing part of her GED. Yeah, you know what I’m talking about…. 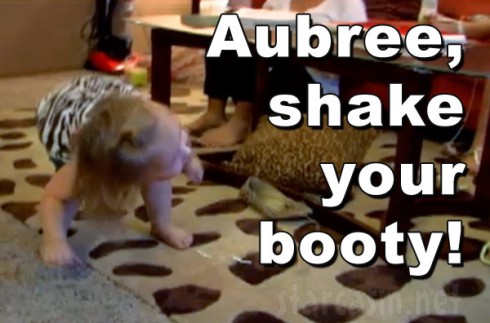 It’s still unclear what Chelsea plans to do after graduating, though when asked by OK! back in February about her post-graduation plans, Chelsea said “Hopefully once I finish that I can start my own salon.” So perhaps we’ll be seeing Chelsalon soon. 🙂