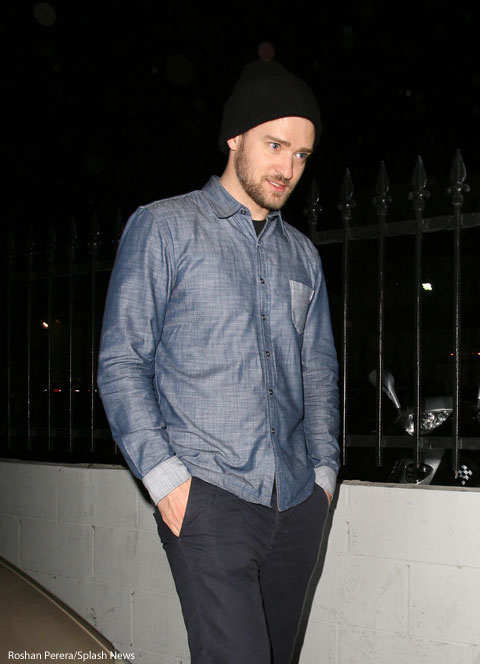 This really happened: Tuesday evening Justin Timberlake relaunched MySpace at the El Ray Theatre in Hollywood, Ca. This sounds insane because no one’s logged in to MySpace since 2005, let alone used it on a daily basis. So, what’s going on, here? Can Justin bring this site back to life?

The singer and actor (who just released a single cover with a naked lady “hidden” in it) has a lot at stake. He and partners Chris and Tim Vanderhook purchased MySpace in 2001 for $35 million.

The social media site got a design and functionality overhaul with a focus on streaming music that will compete with other sites and apps like Spotify. Timberlake’s partners noted that MySpace’s biggest mistake in the past was trying too hard to compete with Facebook without playing it’s own strengths. MySpace’s major strength in the past was providing a platform for bands to post information, and for people to keep up with and discover new music. “Everyone had a lot of fun on Myspace at one point,” Chris Vanderhook said, according to TIME. “It’s easy to kick it and say, oh, yeah, Myspace sucks now, but everyone had fun on Myspace before. It’s just that they didn’t keep pace with technology and they didn’t keep up with the times.”

They’re hoping to court musicians and other creative people like artists, filmmakers, and writers to the site, mainly by offering nifty analytics to help them monitor their fans’ engagement with their content.

“We think the creative class is about 38 million people in the United States and growing every single day,” Tim Vanderhook said. “And by really servicing that group, we think reaching out to one level past that – all of their fans and the creative consumers that like this type of entertainment – we think are going to be critical to our success.”

Even though it seems like the site isn’t widely used, and doesn’t have anywhere near the 1 billion active users Facebook has, about 27 million people in the U.S. currently use MySpace, and worldwide users are double that.

Are you willing to give MySpace another chance? Sounds like it’s it good hands.