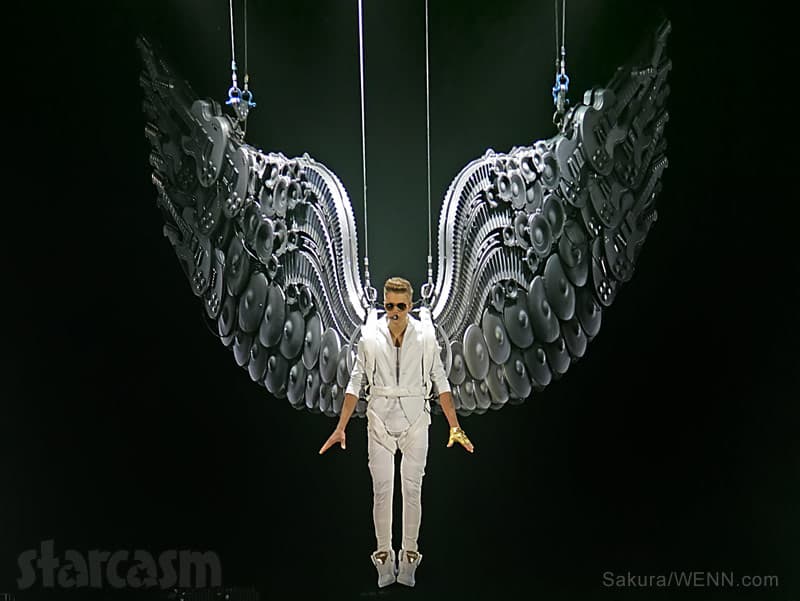 Justin Bieber shocked fans this week when he announced he was canceling the remaining 14 dates of his Promise Tour. Initial reports indicated that the cancellations were due to The Biebs being exhausted from the 150+ shows on six continents over the last year and half, but a new report claims that it was because the singer has “rededicated his life to Christ,” thanks in large part to his best bud, Hillsong Church pastor Carl Lentz.

The report comes from the noted Bieberologists at TMZ: “Our sources say it was squarely based on what Bieber believes is religious enlightenment,” the site reveals. “Bieber said he canceled due to exhaustion, but that’s simply not true. Plus, his remaining touring schedule was not taxing travel-wise.”

The site’s source also made it clear that Pastor Carl Lentz did not “advocate for cancelling the tour.”

Justin Bieber and Pastor Carl Lentz have been almost inseparable for quite a while, as evidenced by their numerous bromantic Instagram photos. Here are a few samples:

THIS IS MY DOG TIL THE DAY I DIE .. he's the biggest Brodog, ride or die.. til the wheels fall off!! #bringsthebestoutofme 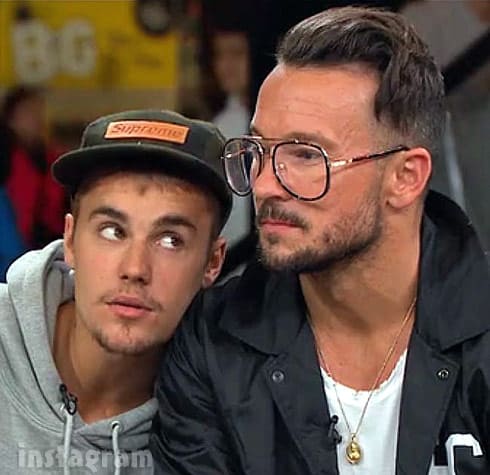 Lentz first met Bieber back in 2014 after the singer was blackmailed over videos in which he used racial slurs.

From TMZ at the time:

Pastor Carl Lentz – who works with Bieber in NYC – tells us he spent a week doing intense Bible study with Justin last month … in the wake of being extorted over the videos. As we previously reported – JB’s team was contacted 2 months ago by a man in possession of the videos and wanted a million dollar payday or else he’d go public. We’re told Bieber’s religious resurgence focused on studying Bible passages and attending services … culminating in an actual baptism performed in the bathtub of one of the singer’s friends.

That bathtub belonged to NBA player Tyson Chandler. Lentz talked about the baptism in an interview with GQ in 2015.

From the GQ article:

It is helpful to think of Justin Bieber here, at this point in his life, as a biblical character at the very bottom of a Jobian well of his own making. He had been caught being monstrous to just about everyone around him. He seemed to be spending more time with drugs than with Jesus. His music was bad. There was a petition circulating online to deport him back to Canada. I may have signed it. But one day, according to Carl, Justin looked in the mirror and he was ravaged by feelings of loss. He got on his knees and he cried. “I want to know Jesus,” Justin Bieber sobbed to Pastor Carl. And so together they prayed. Suddenly, Justin was overcome by the Gospel, and he said, “Baptize me.” And Pastor Carl said, “Yes, buckaroo”—he really does call Bieber buckaroo, and now you should, too—“let’s do this. Let’s schedule a time.” But Justin Bieber couldn’t be Justin Bieber for one minute longer. “No, I want to do it now.” And Pastor Carl saw salvation in Justin’s eyes, and knew that his baptism couldn’t come quickly enough.

After attempts to have the service at a couple of locations, which were thwarted by paparazzi leaks, Lentz called up Tyson Chandler. “I said, ‘Bro, I’m in a jam here. I have JB with me, he wants to get baptized,'” Lentz recalled to GQ. “He’s like, ‘Done. Easy.'”

Justin actually moved in with Lentz and his family for month and a half during this time, and they have been spending a lot of time together since.

As far as the Purpose Tour being canceled, it wasn’t just the fans who were disappointed. Numerous crew members have spoken to various media outlets complaining that they were blindsided by the decision. WWJD? My guess is that Bieber will make it right financially.

Bieber has not revealed any future plans, including whether or not he may be thinking about retiring from music. Many are speculating that we can expect a Justin Bieber gospel and/or Christian pop record next. We will all just have to wait and see — patience is a virtue, after all.

Justin Bieber’s DNA has been submitted