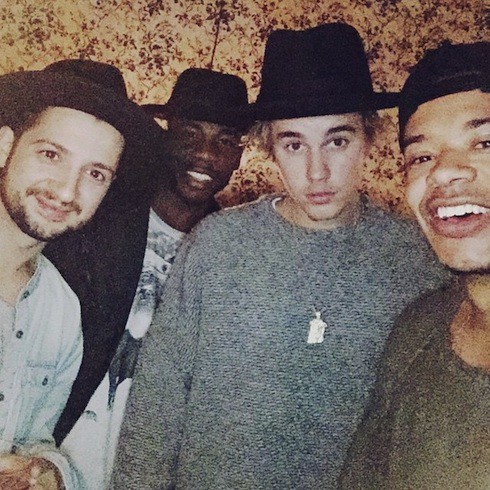 Justin “J-Bibs” Bieber is smack dab in the middle of his Mea Culpa Tour 2k15. He’s apologized outright for making a fool of himself many times over, and even filmed a Comedy Central roast to let people make fun of him for making a fool of himself so many, many, very many times. But now, the Bieb-Hammer is about to get Bieb-dropped: According to CNN, Justin’s Los Angeles-based neighbors are suing him for a cavalcade of what they refer to as “offensive behavior.”

What are some examples of that behavior, you ask? If you were to ask Jeffrey and Suzanne Schwartz, they’d tell you it includes–but is not limited to–repeated harassment by Bieber and his bodyguards; the egging of their house by Bieber; driving along their street well in excess of the speed limit; and spitting in their faces when they asked if he could keep things a little quieter at one of his many, many parties.

In addition, the Schwartzes allege that one of Bieber’s drivers refused to listen to their complaints and then taunted them, saying to Jeffrey, “What are you going to do about it, Jew boy?”

And, approximately two years ago, the couple says Bieber threatened to “f*cking kill” them, following a similar request.

The Schwartz home is perhaps best known as the one Bieber pelted with eggs last year, before being ordered to pay nearly $81,000 in restitution. Neither the diminutive Canadian nor his lawyers have commented on the latest round of charges.