Yesterday afternoon, hours after the 2006 police report detailing molestation accusations against Josh Duggar was released, Josh, wife Anna Duggar and parents Jim Bob and Michelle Duggar all issued statements to explain how Josh has changed. None of them apologized to the victims, even though several sources are reporting four victims are Duggar daughters.

So far, the victims haven’t identified themselves or spoken out. However, we got some insight into how one them is coping when she filed a court motion to expunge the police report.

“The Police Report contains information, which may directly or indirectly identify the Movant as a victim of a sex crime, and Movant is a minor child,” the document said, according to Radar Online. “Accordingly, to protect the identity of the movant… this Court orders that the Police Report be destroyed and expunged from the public records, and further requires that any and all copies of the same be destroyed.”

The request was signed and filed by a circuit court judge yesterday. 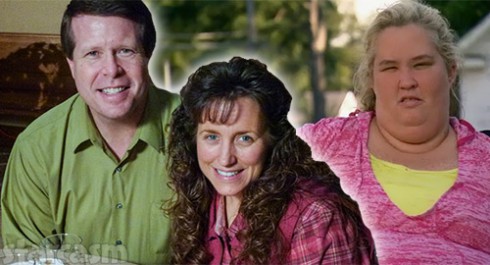 Despite the statements from the Duggar family, many viewers are outraged at the inaction by TLC — which actually went ahead with a previously scheduled 19 Kids and Counting marathon on Thursday. One of those angry with the network is June Shannon, whose show was very quickly pulled last fall when it was revealed she was seeing a convicted sex offender. (The show was canceled before June’s daughter, Anna Cardwell identified herself as the victim.)

Speaking to TMZ after the Duggar news broke, June said she’s considering a lawsuit against TLC for “blatantly unfair and inconsistent treatment.” She noted Mark McDaniel was never on Here Comes Honey Boo Boo, whereas Josh Duggar is prominently featured on 19 Kids. She also said Jim Bob and Michelle are to blame for covering up the incident.

“I read that the Duggar family said, this happening with their son brought them closer to God and each other,” she said. “So they’re saying it’s ok to have family touch time? Hell no.”

In my opinion, TLC is now kicking themselves for yanking Honey Boo Boo so quickly because it set a precedent. If that hadn’t happened, I bet they would be considering some ways to spin the Duggar situation to keep the show on the air. That’s because TLC has a much bigger incentive for keeping 19 Kids around than Honey Boo Boo: For the latter, ratings were at an all-time low during the final season last spring. By comparison, 19 Kids and Counting currently has the best ratings in series history and is regularly the top non-sports cable show on Tuesday nights. It’s sad but true that money talks…