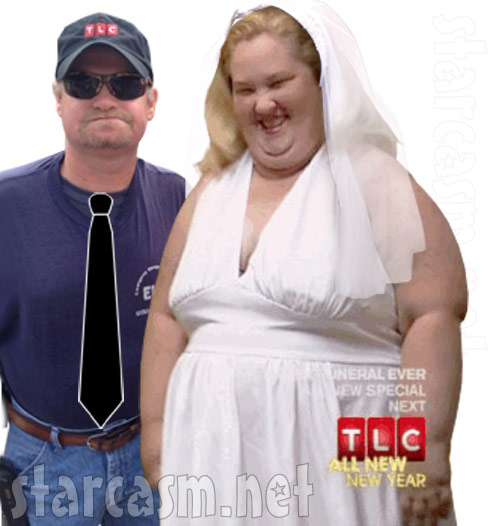 According to a wedding invitation posted by TMZ, the ceremony is taking place today, May 5, 2013 in the couple’s hometown of McIntyre, Georgia. So, yes, they are getting married on Cinco de Mayo! Wait, I thought Mama June had a crippling fear of Mayo? 😉

Here’s all the information from the front of the invitation:

have chosen the first day
of their new life together

Sunday, the Fifth of May
Two Thousand and Thirteen

No Cell Phones, cameras, or outside video taping will be allowed.
This will be a taped event.

As you can tell from the invite, the ceremony will be recorded for the upcoming second season of Here Comes Honey Boo Boo, which Mama June announced on Facebook would be starting some time in July.

According to TMZ, “people working the wedding have been instructed to show up in full redneck attire (either hot pink or camo clothing).” You better wedneckognize!

And just in case you missed it, here’s Mama June explaining how she and Sugar Bear met. *WARNING* Contains SMEXY!

Congratulations to Mama June and Sugar Bear! I can’t wait to see their big day on TV!