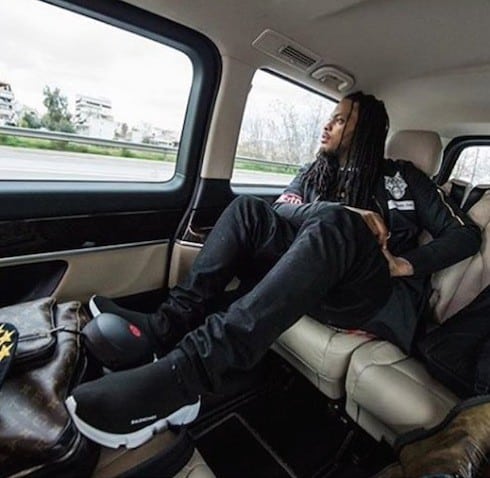 In October 2014, Waka Flocka Flame was arrested for carrying a concealed handgun through Hartsfield-Jackson International Airport in Atlanta. The charges against Waka included illegal carry of a concealed weapon and carrying a firearm in a government facility, and his criminal trial stretched out over almost a year and a half. But, this week, the Waka and Tammy drama finally came to an end, thanks to Tammy’s own claim that the whole thing was an unfortunate misunderstanding.

Waka had always argued that the gun was Tammy’s–he said he’d mistakenly picked up his wife’s backpack, and not his own, on the way to a show in Houston. “They were staying in a hotel before moving into a new house,” Waka’s attorney, Drew Findling, explained.

But the key piece of evidence in his favor? Waka is not a licensed gun owner–but Tammy is. And Tammy was willing to take the stand to clear her husband’s name. That testimony, combined with TMZ-acquired photos showing both Waka and Tammy wearing identical backpacks in the airport at the same time, were more than enough to save Waka from a 24-month prison sentence. The AJC reported that a Clayton County jury needed only 30 minutes to deliberate after hearing Waka’s defense.

Neither Waka nor Tammy addressed the verdict on social media. However, given the date Tammy shared the following photo, it’s believed that this was her courtroom outfit–if so, it’s clear she was all business on the stand:

I'm only arrogant when my confidence meets your insecurity….?

Josh Duggar almost got arrested for failing to appear in court