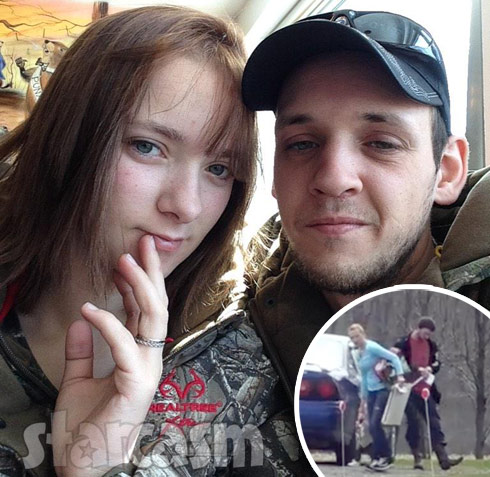 As we previously reported, the OGs of TLC’s Breaking Amish are returning for another season of Return To Amish–and, according to a new bombshell report, it could be the most scandalous season yet!

Enstars just shared a series of videos that allegedly show Abe Schmucker’s best friend Mike Spencer leaving Rebecca and Abe’s house in the early morning hours — while Abe was out of town for his trucking job!

In the clips, the man, identified as Mike, can be seen checking the mailbox before going back inside. Later, he reemerges with Rebecca and her daughters as she makes a trip to the garbage can. In the third clip, Mike is seen getting into his silver SUV; then, Rebecca comes out and enters a blue car, before both drive off. Here are some stills from the clips (I tried to avoid ones with Rebecca’s daughters): 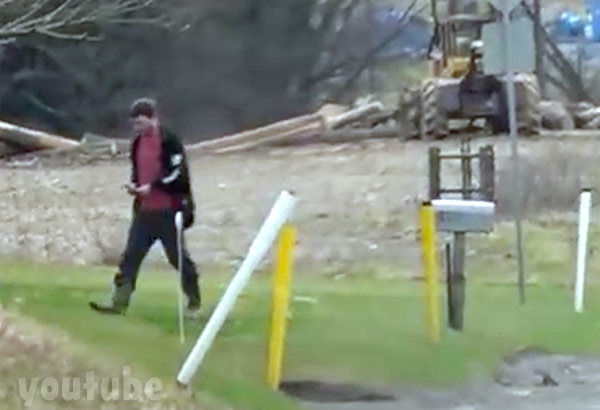 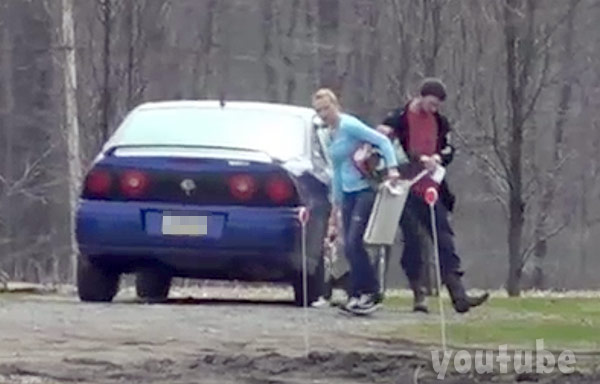 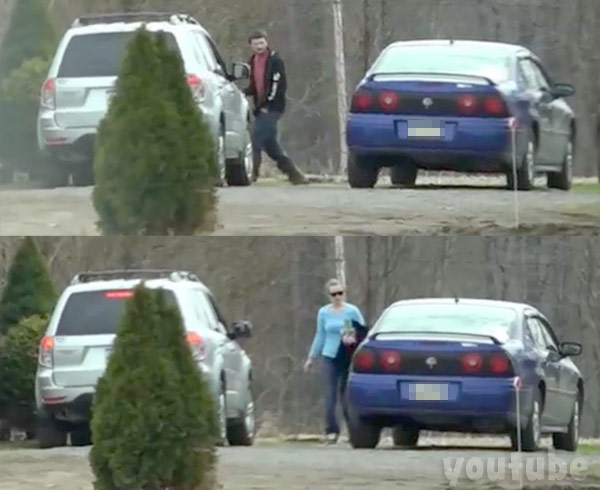 Fans of the show might remember Mike because he made a rather dramatic appearance on the show when he confronted Jeremiah in Season Two about staying away from his fiancée. Here is the scene where Mike talks about his animosity towards Jeremiah with Abe and Rebecca, as well as the story behind what happened:

“When we were in Lancaster during [our] wedding, Mike’s fiancée was there,” says Abe in the video.

Rebecca continues the story: “Mike’s fiancée, she met Jeremiah and it was immediate. They started sleeping together right off the bat, and I just freaked out.”

Mike states flatly, “If I ever saw Jeremiah again, I’d probably end up putting him in the hospital, beating him that bad.” 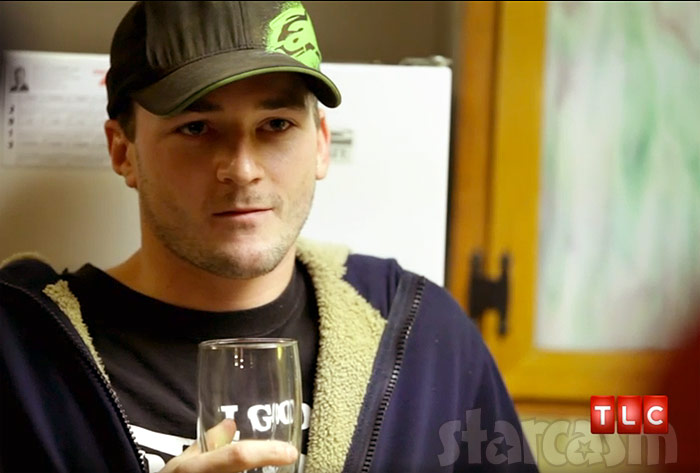 Mike then offered these words, which might turn out to be a bit of ironic foreshadowing: “It’s not right to f**k somebody’s fiance. I mean, if you know somebody’s with somebody, you shouldn’t be going after them!”

I should point out that we don’t really know the context of the videos above, and, if Mike is really good friends with both Abe and Rebecca, then it might make sense that he was at their house — even if Abe was out of town for work.

I should also point out that all three of them were recently out at a bar having a good time together. Rebecca shared a video on Periscope and it CERTAINLY didn’t look as though there were any infidelity issues going on!

Here is a screen shot from the video in which you can see Mike, Abe and Rebecca together. (My apologies for Abe looking a bit rough in the background, but it was hard finding a shot with all three of them in it.) 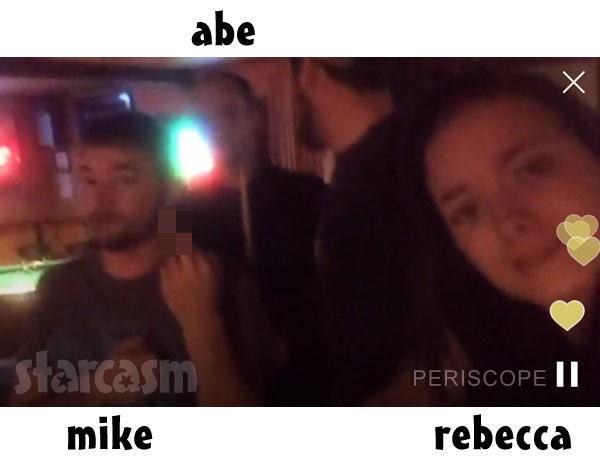 Either way, there are sure to be a lot of fireworks this season! (I can just imagine what Jeremiah is going to say.)

TLC has yet to announce a premiere date for the new season of Return To Amish.

UPDATE – Rebecca has since responded to Enstars’ story and the videos on Facebook:

Lets just get one thing straight here, this whole cheating scandal is a flat out lie to benefit the television show and get more ratings. The production company is the one who hired a private investigator to obtain that footage and that is just low. That was taken two weeks ago and it was also taken in the afternoon not in the morning. They obviously have hated us for multiple reasons but they do nothing but lie! You can believe what you want but to try and ruin a very amazing relationship between husband and wife and also with best friends is the most evil thing someone can do!

A commenter pointed out that Mike is like Rebecca’s brother, and Rebecca responded:

Exactly! I never had siblings growing up and when Abe introduced me to his best friend years ago we became friends and now we are family. He’s the brother I never had and he’s been our best friend and has been there for us through everything we have dealt with. I can promise nobody knows Abe and I as well as he does. We have always known that some people don’t understand our relationship but this story is disgusting to say the least.

Mama Mary Schmucker also made a post that seemed to reference Enstars’ story, but she soon deleted it. Here is her post:

I would really like to ask for some advice if you had a family member that had a story put in the magazine that is not true “what would you do.” Now remember no “bashing” I’m just asking for a little help. Would you keep quiet or would you say something about it?

UPDATE 2 – Uh oh. It appears as though Rebecca’s comments got her in a bit of trouble with production. She just shared this post on Facebook revealing that she has to delete her previous statement:

Well this just proves that “Freedom of speech” is no longer legal because now I have to delete my previous post about our personal opinion and knowledge of the fake stories on the internet about us. Thanks to the people who have spoken in our defense and of course to our friends and family who have spoken up and defended our honor. I will delete what I wrote but my opinion has not changed. Peace!