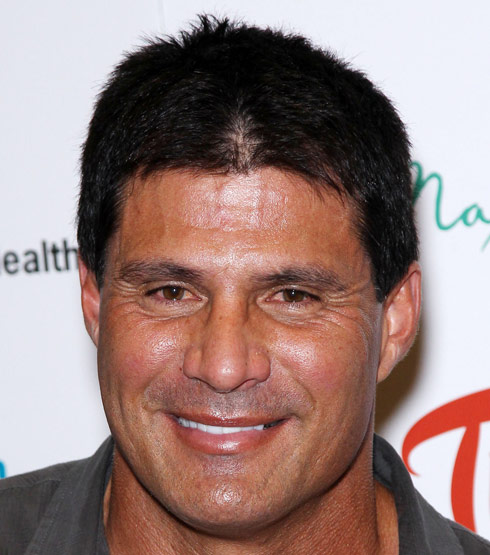 Noted roid rager and MLB veteran Jose Canseco frequently blesses us all with his astounding revelations about the world around us. His ability to tap in to the deeper realms of human thought can perhaps be traced back to one of the most infamous plays in Major League Baseball history. Jose was heading out to field a deep fly and instead of the ball landing in his mitt it bounced off his dome and went over the fence for a home run.

Was it this exact moment in which his brain was toggled for greatness?

Anywho, on Sunday philosopher Jose went on a wonderful stream-of-Twitter-consciousness posting about global warming and the historic Titanic disaster. Props to the peeps with Buzzfeed for sharing. 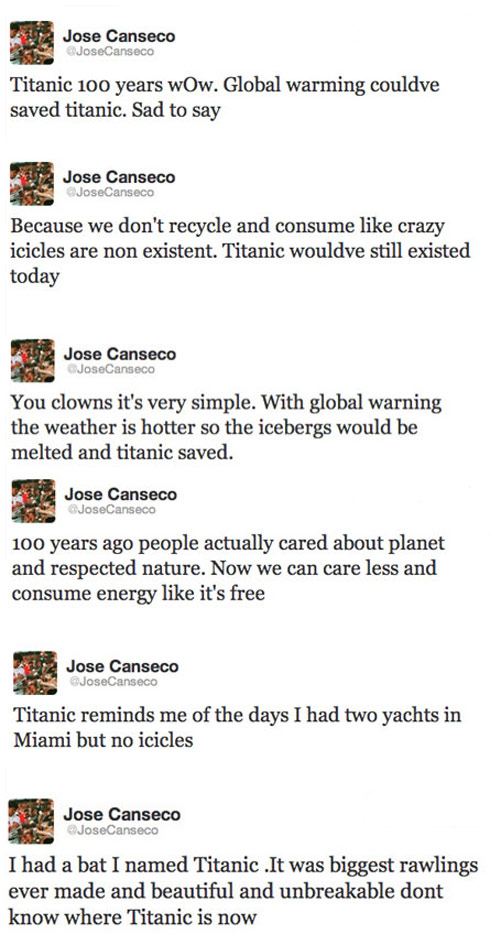 I suppose Jose’s global warming theory might have some kind of merit but what I love is how it led to him tweeting about his bat named Titanic and how he no longer knows where it’s at.