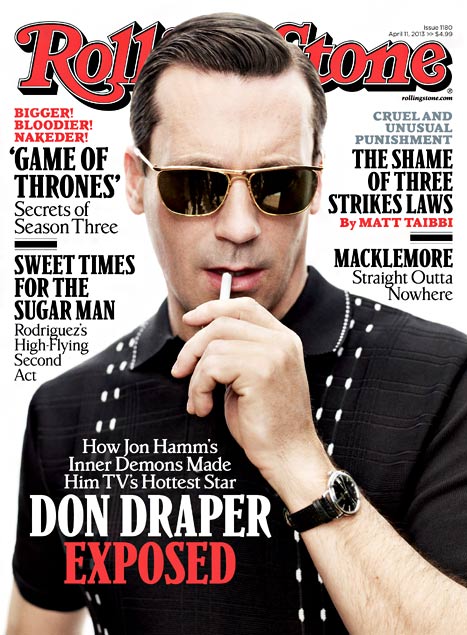 Jon Hamm and underwear have been strangers for years. There’s no evidence that they’ve ever been close. Whenever he goes out in a dapper suit, this is the result and this.

Honestly, you can’t expect people to not notice and make comments about it. A recent report, has given Jon’s below-the-belt region extra scrutiny. The New York Daily News claimed that Jon’s lack of underwear was causing some production problems on the set of Mad Men, whether or not that’s actually true, it catapulted Jon’s skivvylessness into the national spotlight.

In the latest issue of Rolling Stone, Jon lets loose (verbally, this time.)

“They’re called ‘privates’ for a reason. I’m wearing pants, for f–k’s sake. Lay off. I mean, it’s not like I’m a f—ing lead miner. There are harder jobs in the world. But when people feel the freedom to create Tumblr accounts about my c–k, I feel like that wasn’t part of the deal [of fame].”

There’s a simple solution to all of this: just wear some underwear.