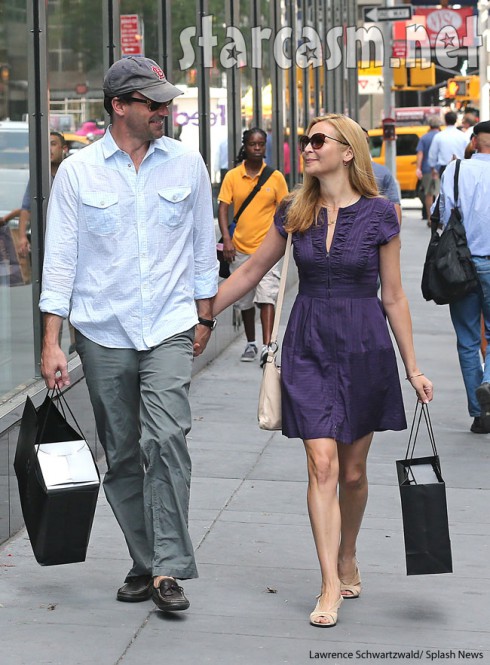 Jon Hamm has a thing against underwear, and doesn’t care if there are paparazzi around every corner waiting to document it. He even doesn’t wear undies under his suits when he goes to official events. And that’s okay, Jon Hamm fans aren’t complaining.

Maybe underwear is too restrictive, or maybe he kind of likes everyone knowing that he’s well endowed, but he’s definitely got a commando spirit.

Now Star Magazine has a report that his girlfriend of 16 years Jennifer Westfedlt is forcing boxes and briefs on him. This sounds like one of those tabloid reports that are made up because they logically make sense. But that doesn’t mean they’re true. After all these years, Jennifer must be used to Jon’s free-wheelin’ ways. Either she’s used to it, or it makes her want to murder him.

A “pal” reportedly told Star that the latest photos of the free-flyin’ Jon were the last straw for Jennifer (who Jon starred with in 2011’s Friends with Kids.)

“Jennifer is furious with Jon for walking around, letting it all hang out. Jon has always preferred being au natural, but after yet another round of pictures popped up, Jen freaked out. Jennifer was already feeling insecure over Jon’s sex-symbol status, and the pictures were the last straw. Jen is modest and shy – now all her friends are snickering about how lucky she is. She’s bought him monogrammed boxers, Calvin Klein briefs, boxer briefs – you name it. She told him that whether he likes it or not, he’s wearing underwear!” 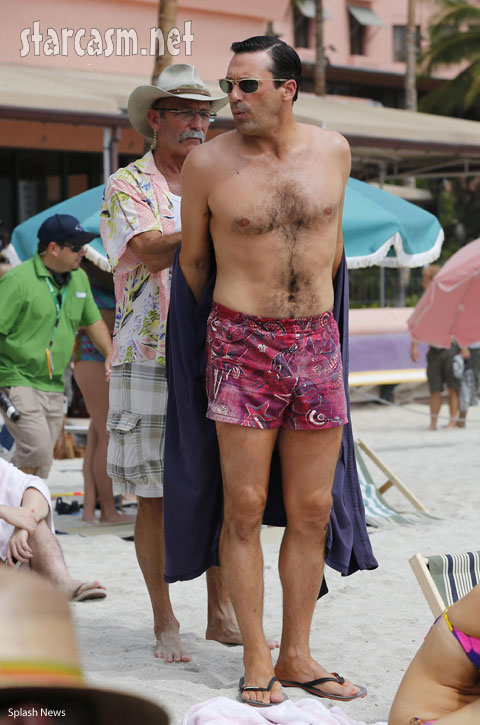 PHOTOS The Situation scores a tre-some in Italy?