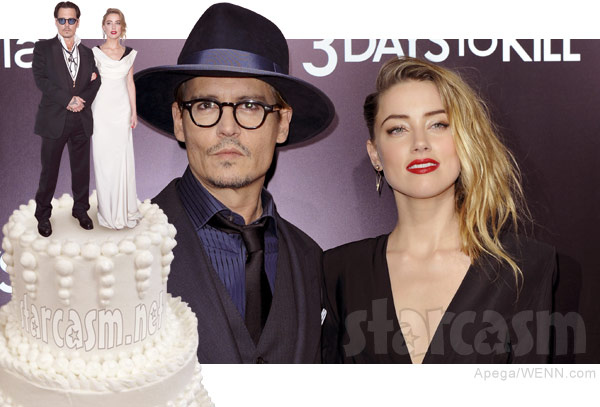 It was previously reported that actor Johnny Depp was to marry fiancée Amber Heard this weekend in a wedding ceremony on Johnny’s private island in the Bahamas, but according to a reliable source, the couple jumped the gun and tied the knot on Tuesday in Los Angeles!

People broke the story earlier today, but had no further details about the ceremony other than their source saying, “They’re great together.”

This is the second marriage for Johnny Depp, 51, who was previously married to makeup artist Lori Anne Allison from 1983-1985. He was then in a long relationship with Vanessa Paradis (with whom he has two children: Lily-Rose, 15, and Jack, 12) before the two split up in 2012.

Johnny and Amber Heard, 28, met on the set of The Rum Diaries in 2011 and officially began dating the next year. This is the first marriage for Amber, who has no children.

Congratulations to the couple!