UPDATE: Whitey Bulger and Catherine Grieg were arrested Wednesday night, June 22nd in Santa Monica CA because of a tip generated by the Daytime TV campaign. 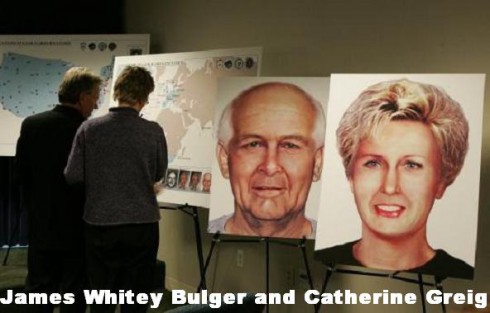 Although it sounds something like the plot of last year’s Johnny Depp/Angelina Jolie film, The Tourist, there’s nothing fictional about the FBI’s new strategy for warming up their cold case against Boston mobster, Whitey Bulger. Instead of going straight for Bulger, the FBI is focusing on his girlfriend, Catherine Elizabeth Grieg, who they think might not be in as deep a cover as Bulger and who they hope will lead them to the alleged big bad himself. Cherchez la femme. (Trouvez le gangster.)

In an interesting media twist, the FBI’s strategy for finding Grieg has shifted to airing PSA’s on daytime TV shows such as Dr. Oz and The View. They reckon that Miss Grieg hasn’t gone 10 years without a haircut or a mani/pedi, and they’re hoping someone who watches daytime TV noticed her in the next spa chair over.

Here’s a recent photo released by the FBI that may be them. It was taken in Sicily in 2007, and the identity of the people in the video are unknown, but the FBI thought it plausible enough to distribute. 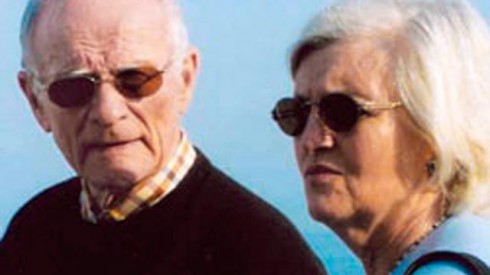 According to the AP story, Grieg is very particular about her teeth and goes to the dentist for professional cleanings once a month. She has also had several plastic surgeries. So last year the FBI ran ads in trade magazines for dentists and plastic surgeons. Now, they’re casting their net a bit wider.

According to some recent reports, the couple may be traveling in a large motor home with a couple of dogs, so they may not be staying anywhere for very long. He is in his 80’s and she is in her 60’s, but that still doesn’t narrow it down very much in the RV set. 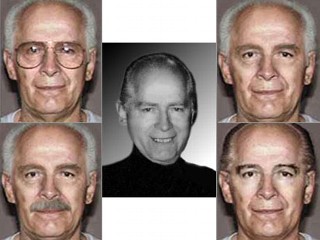 The FBI is offering a $2 million reward for Bulger and $100k for Grieg. Whitey Bulger is no joke, though. If anyone out there in Starcasm-land has a sighting of Grieg or Bulger, make the call and don’t play around with it. He spent the last decade as the second man on the FBI’s list, and now he’s on top. (Until a few weeks ago, Osama bin Laden was #1.) Bulger has been charged with 19 murders, has a terrible temper, and is known to carry a knife. Be safe out there.

Here’s a young Whitey looking like he stepped right out of The Untouchables. 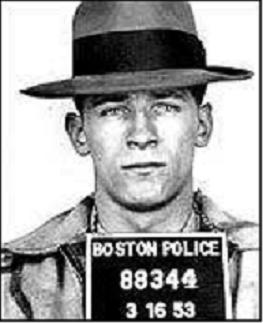 Martin Scorcese made it clear that Jack Nicholson’s character, Frank Costello, in his 2006 film, The Departed, was not strictly based on Bulger, but that the movie owes much to Bulger’s story. There was only one Irish American gangster who single-handedly ran South Boston for 30 years, and that was Whitey. For more on Whitey Bulger’s story and its connection to The Departed, check out this two part video.