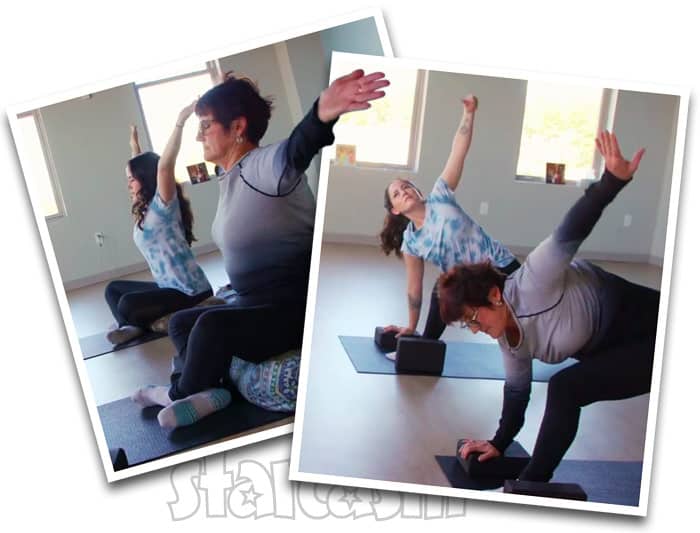 Teen Mom 2 star Jenelle Eason returns to filming for tonight’s episode as she and her mom, Barbara Evans, try to find a little inner peace by doing yoga together in a preview clip posted by MTV.

“Even though I’ve been frustrated with filming, I agreed to meet up with my mom today because she wanted to try a private yoga class,” Jenelle reveals in her narration at the beginning of the video (included below).

The conversation with the yoga instructor gets off to a humorous star as she asks the mom and daughter if they have ever done yoga before.

“So, last week?” the instructor asks.

The instructor then asks Jenelle what she wants to get out of the yoga session. “An easier kind of workout and peacefulness,” she says.

Soon, the ladies are beginning their yoga workout as we see them go through a series of poses. At the end of the session, Barbara can be seen struggling a bit as she walks down the stairs.

“Can you come down?” Jenelle asks as she laughs a little. “Are you OK?”

“I can’t bend my knee,” Barbara says in a raised, almost all-caps-worthy voice.

Jenelle revealed back in November that the regular yoga class proved to be a bit much for Barbara. “It went really well and now inspired to continue yoga, but my mom said she’s going to the Senior Citizens class instead,” Jenelle posted on Instagram.

Jenelle and Barbara are finding their inner zen together with some mother-daughter yoga. ?

After Jenelle and Barbara leave the yoga studio, they put their inner peacefulness to the test as Barbara asks Jenelle about her custody battle with Nathan over their son Kaiser. Here’s how that conversation went:

BARBARA: So what’s going on with Nathan? Have you been talking to him, or are you going to court? What are you doing?

JENELLE: Yeah. Me and Nathan have another court date, but it’s continued two months down the road.

BARBARA: Now, what are you going to court for again? I can’t keep track of all these court dates.

JENELLE: This is from [Nathan’s mom] Doris taking out papers a long time ago to intervene.

BARBARA: Oh my God. So Doris would be a go-between for you and Nathan?

BARBARA: And is Nathan still on supervised visits?

BARBARA: And how long will that last? Forever?

JENELLE: Until I’m comfortable enough to let him take him by himself, but I just know how he is as a dad. He is a good dad, but he can’t keep eyes on Kaiser 24/7, and that’s the problem. So I’d rather him be somewhere where he’s always gonna be stable. I never have to worry, is Kaiser gonna be in Florida? Um, who is he around? Is Nathan arguing with his girlfriend in front of Kaiser? Does he physically abuse his girlfriend, like he did to his past girlfriend that took charges out on him and like he did to me? Like, I don’t know.

Seeing Jenelle and Barbara attending yoga class together instantly made me think of two things. The first is the time that Jenelle visited a Buddhist monastery in North Carolina (along with a photographer and camera crew), which produced a marvelous set of photos, including this one: 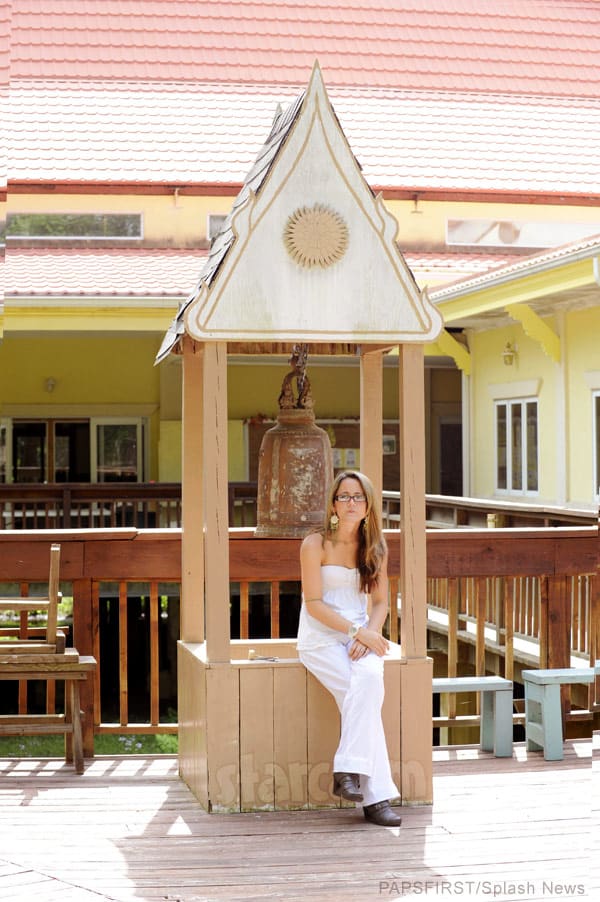 The second thing I thought of after watching the preview clip was Babs showing off her home workout routine on Instagram, which inspired us to create this potential fitness industry game changer: 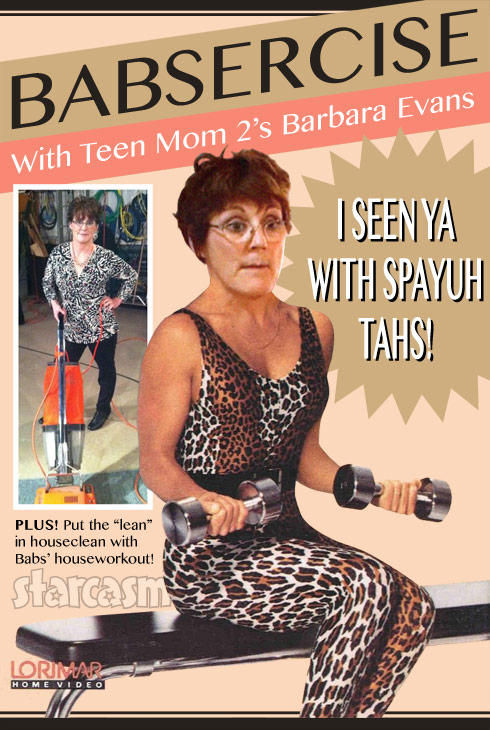 For those of you looking to take a longer stroll down memory lane with one of reality television’s most memorable mother/daughter duos, MTV has posted more than an hour of highlights in a two-part series on YouTube titled “Best of Jenelle & Barbara.” Here are both of those:

TEEN MOM 2 When did Jenelle Evans get an abortion?