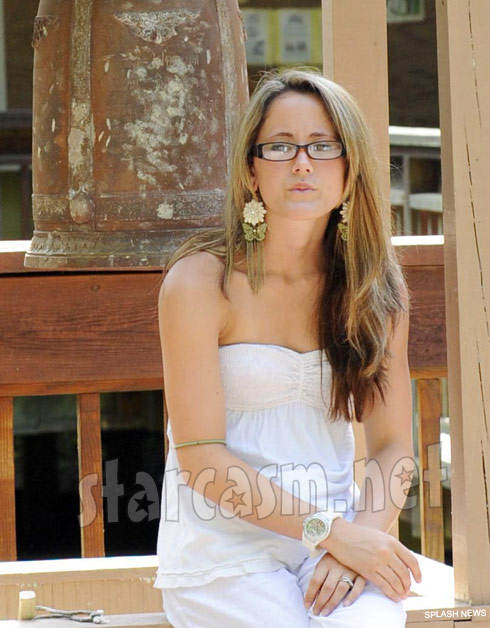 In an apparent attempt to gain a little peace in her drama-filled life Teen Mom 2 star Jenelle Evans visited the Wat Carolina Buddhist Monastery after her Teen Mom Brawl court hearing earlier in the day. Jenelle is seen in the photo doing a little meditation while sitting at a small bell tower thing. (Pardon my lack of Buddhist terminological skills)

Here’s a zoomed out shot so you can get a feel for her peaceful surroundings: 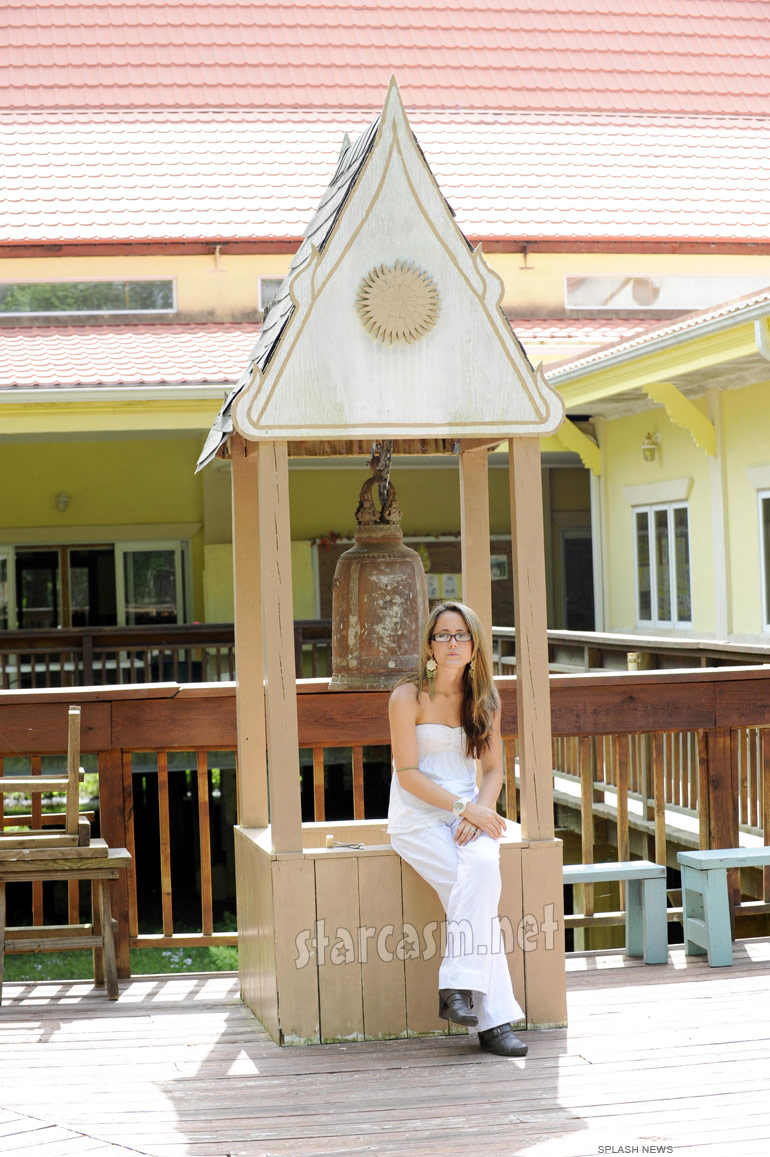 According to reports Jenelle met privately with one of the monks for a spiritual session in what could very well have been the Eastest meets Westest meeting of all time! (I hope he’s OK.)

At the court hearing (you can see photos of brawlers Jenelle and both Brit(t)anys arriving HERE) it was determined that the case will be going to trial, which I’m sure weighed heavy on Jenelle’s mind given that she was just recently sentenced to one year of probation for drug paraphernalia possession.

I’m guessing that the Monastery is the only location within 30 miles of of Oak Island where Jenelle can not violate the terms of her probation that states she can’t be around people with a criminal record. (Sorry Oak Island – had to make the joke. I’m sure there are a lot of fine, upstanding, non-brawling folks living in your town.) Or perhaps it’s because Kieffer has become a monk? That actually makes sense if you think about it – free place to stay, no job required, and being mellow is the status quo. Hmmmmm. 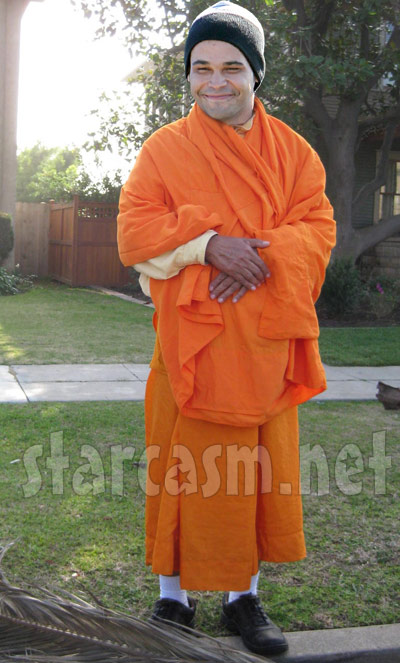 Doesn’t seem all that crazy, does it?

Oh, and of course the MTV camera crew was in tow so I’m guessing we will get to see this spiritual crisis play out next season!

UPDATE – We got a couple more photos from Jenelle Evan’s trip to the Buddhist monastery so I thought I would tack them on the end here. 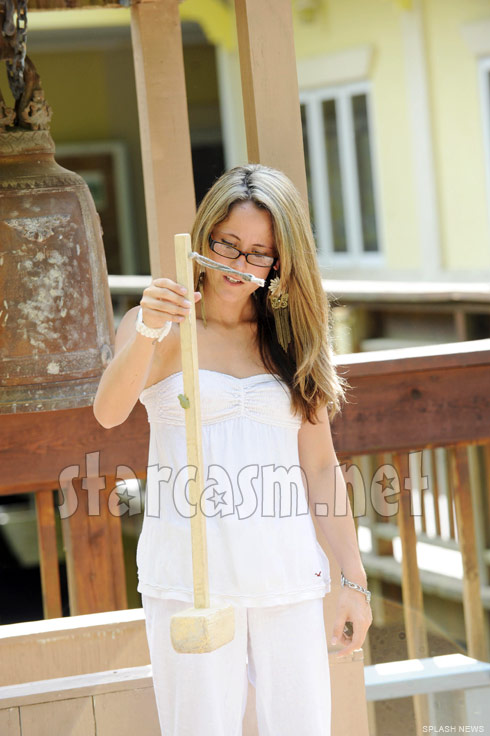 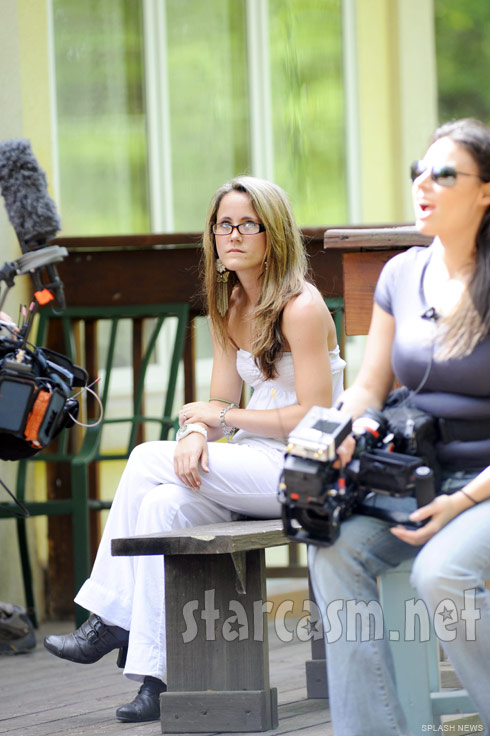