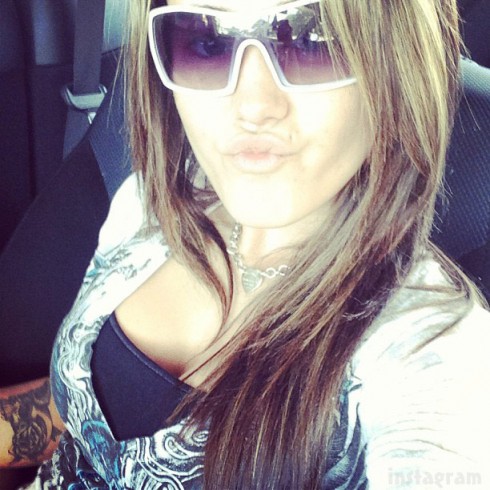 As we reported last week, Teen Mom 2 star Jenelle Evans has quite the packed schedule of court appearances this month. Apparently her schedule was so packed she missed her court appearance this morning in Brunswick County District Court for misdemeanor cyberstalking, resulting in a warrant being issued for her arrest! Jenelle will reportedly be turning herself in later today, potentially adding yet another mug shot photo to her extensive collection.

UPDATE – We spoke with Jenelle’s attorney Dustin Sullivan who confirms that Jenelle was late to court and had to turn herself in. There was a $1,000 bond set and he believes she has already bonded out. This would seem to correspond with Jenelle’s “FML” tweet earlier today, which for those of you who don’t speak internet slang, means “F*** My Life.”

Judging from her Twitter feed, Jenelle was in Hickory, North Carolina yesterday, which is a little more than 260 miles from Brunswick County in the eastern part of the state. (Actually, Jenelle, her son Jace and mom Barbara Evans were traveling to visit Jenelle’s brother in Nebo, North Carolina, which is about 30 miles further east than Hickory, but Jenelle’s tweets yesterday were from Hickory.) 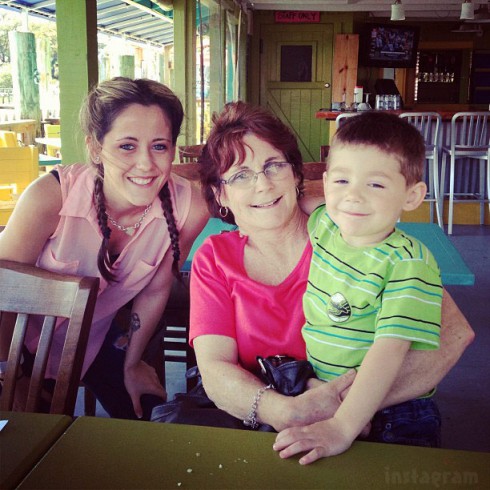 ^ Since her arrest on April 23, Jenelle has been spending a lot of time with her mother Barbara Evans and son Jace, including their road trip this weekend to see Jenelle’s brother in Nebo, North Carolina.

The cyberstalking charges were filed by Jenelle’s ex Gary Head, and according to a source for Radar Online, Jenelle wasn’t aware of the charges, much less the court date. “Jenelle was saying that she didn’t even know about the charges and they were from months ago,” a “source close to the MTV star” told the site.

But the source says not to worry about Jenelle haven’t to stay behind bars for any length of time. “Jenelle is going to turn herself in, bail out and get the charges dismissed,” the source says.

Jenelle’s next four scheduled court appearances are for traffic violations, so I assume she will be taking care of most of those beforehand. Her next serious court date is scheduled for July 1st when she will appear for the second time to face misdemeanor charges of controlled substance and drug paraphernalia possession stemming from her arrest on April 23 when police were called for a domestic disturbance between her and husband Courtland Rogers and found Percocet (without a prescription) and drug paraphernalia in her possession.

12 bindles of heroin were also found with Jenelle and Courtland, leading to a felony charge of possession with intent to manufacture, sell and deliver heroin, and Jenelle is expected to be indicted by a grand jury on that charge soon — possibly before her July 1 court date. Jenelle and her attorney Dustin Sullivan maintain that the heroin bindles were not hers but Courtland’s.

Stay tuned, we will try to stay on top of all of Jenelle’s legal issues for you! And for Jenelle too apparently!