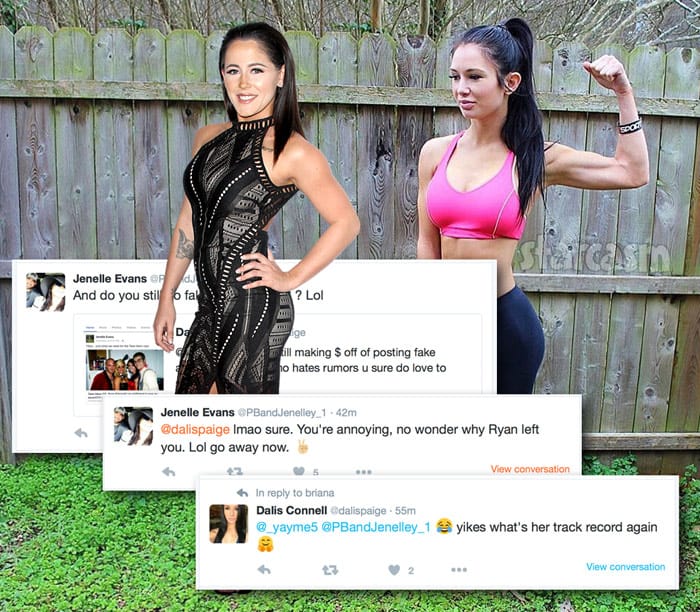 Teen Mom 2 star Jenelle Evans is currently vacationing in Orlando, Florida with her son Jace, boyfriend David Eason, and David’s daughter Maryssa. Their seemingly mellow and fun Father’s Day celebration was interrupted, however, when a bit of Twitter drama broke out with Dalis Connell, ex-girlfriend of Teen Mom OG dad Ryan Edwards. The virtualtercation began after one of Dalis’ Twitter followers informed her that Jenelle’s Facebook page had shared a story suggesting she might be a paid escort.

“When you scroll through fb and see post about a teen mom cast being an escort read to find out its @dalispaige,” reads the initial tweet. “She’s way to classy for that,” it concludes.

Dalis seemed shocked and amused. “Wait whatttt,” she tweeted in response, adding “hahaha who the heck is saying that ??”

“It was on Jenelle evans fan page is where I saw it,” the tweeter responded. Another Twitter follower shared a screen cap of the article and wrote, “Please get this low life trash for slander. Not cool. ??”

The article is based on a post from the notoriously vicious (and notoriously bad at fact checking) website The Dirty. Dalis was recently in Las Vegas where she apparently attended the grand opening of the Beauty & Essex Las Vegas restaurant. While at the opening, she was photographed with notorious Instagram womanizer Dan Bilzerian — and from that, the post creator made the assumption that she was a “P4P” — which means Pay for Pleasure, aka a paid escort.

OK, back to earlier today…

@PBandJenelley_1 still making $ off of posting fake articles? 4 some1 who hates rumors u sure do love to spread them pic.twitter.com/1CeNdWvvxj

That kicked off this Twitter convo between the two ladies:

JENELLE: And do you still do fake promos on IG? Lol

DALIS: fake promos for what company babe? You don’t see me promoting the waist trainer because they offer a couple hundred ?

DALIS: paid post? This is my friends swimsuit company.. Nice try though ?

JENELLE: Not to mention don’t assume sweetheart, I have multiple people running my pages.

lol & now @PBandJenelley_1 blocked me because she cant handle when someone calls her out on her ? ? next time ya choose someone to make up

rumors about, try choosing someone that won't care to call your ass out ? @PBandJenelley_1 take care of your kids & stop starting rumors

that was a little reminder that people will hate on anyone that's working hard/trying to make a difference in others lives #gladimnother ??

In case you were curious what Dalis is actually up to these days (No, it isn’t being a paid escort), she’s still SERIOUSLY into fitness! In addition to a line of workout videos, Dalis is also offering one-on-one training sessions — all through TheFITsation.com. And I think the greatest testament to Dalis’ dedication and fitness success is her lean, mean workout machine frame! Here are some recent samples from social media:

that awkward moment when your arm muscles are bigger than your glutes.. pic.twitter.com/T7wxnPGIm8 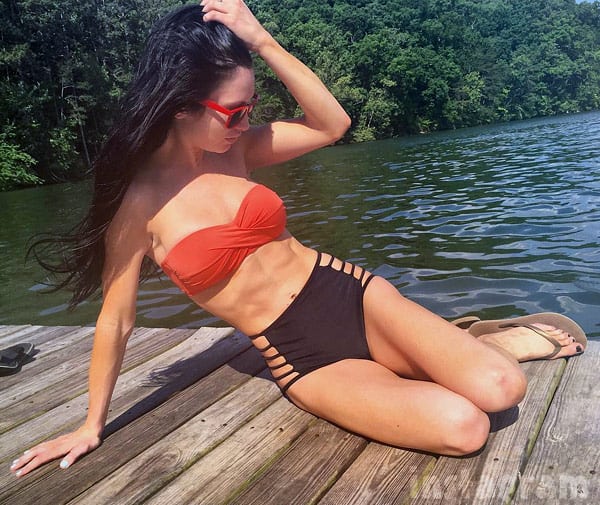 Be sure to check out our previous update post on Dalis, as well as our post about her decision to have breast augmentation surgery. (And you can click the Dalis Connell category link for lots more!)