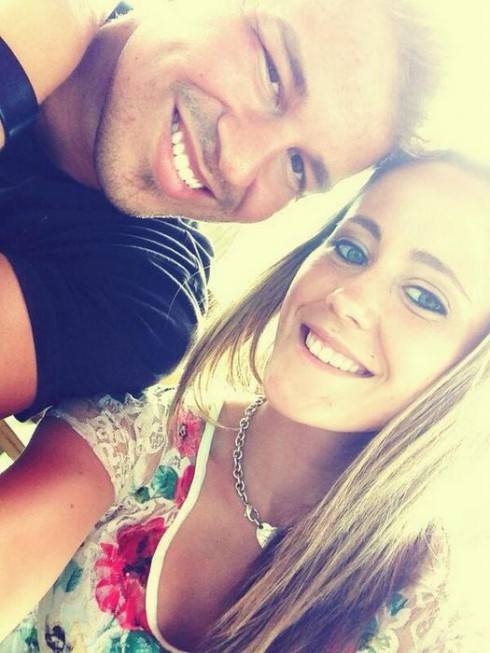 Teen Mom 2‘s Jenelle Evans began dating Nathan Griffith about one month ago and finally, fans are getting all the dirt on his troubled past. Since she met him, Jenelle’s told fans what an amazing guy Nathan is and by all accounts he appeared to be Mr. Perfect. Unfortunately, as fans suspected, that is not the case.

According to Radar Online, Nathan has a few things on his record including one traffic case, one common pleas case, and two civil cases against him. What’s more? Most of his issues have went down this year. In April, a judge ordered Nathan to pay $5,005.82 to Anderson Brothers Bank and on May 20, he was evicted from his place.

“It’s suspicious timing that Nathan has all these money problems going on and just happened to get with Jenelle,” an insider told Radar. “He’s already under attack for being called a ‘deadbeat dad‘ for child support stuff, so it’s clear that Jenelle has to up her expectations when it comes to the men she dates.”

Nathan’s ex-wife Allison Stevens recently revealed to fans that Nathan is only required to pay $50 per month in child support but she says he hasn’t been paying.

In addition to his money woes, Nathan also has a charge of driving with a suspended license on his record. While it is unclear why his license was suspended to begin with, it could have been a DUI.

Last night, while ranting on about his ex-wife’s troubled past, Nathan made it a point to tell fans that she had “dwi CONVICTIONS” on her record with an emphasis on “convictions.” Days prior, he told followers that he’d been previously charged but that no one would find out about it.