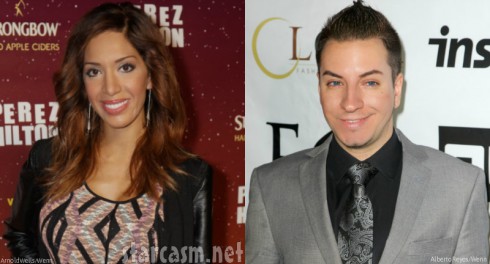 Looks like some more controversy is Blowin’ Farrah Abraham’s way!

Fishwrapper shared exclusive documents today that show the Teen Mom star apparently stole her new single from Adam Barta. Adam, whose made quite a niche career of writing songs for D-listers, claims he developed the song with Farrah and contractually owns 45 percent. He says he was basically blindsided when Farrah released it and hasn’t any credit or compensation.

Based on the contract that was signed by both Adam and Farrah, he likely won’t have a problem proving she ripped him off. As per the agreement “the song is a duet” and “neither artist will publicly perform the song without prior approval of the other.” Furthermore, “any responsibility that is not fulfilled by either party would be considered breach of contract.”

Adam also provided details from their brainstorming sessions, including how they envisioned the video to look and the artists who influenced them. He added “Blowin'” was originally titled “Bully.”

So far, Farrah’s reps are doing what Farrah’s reps do best: Playing dumb. They told Fishwrapper, “We are not currently aware of any legal issues. To the extent that there are any, we will address them if necessary.”

It’s worth noting that Adam’s represented by Gina Rodriguez’s GR Media Firm. Farrah used to work with Gina, but they had a major falling out last summer at which point Gina said she resigned as Farrah’s manager.