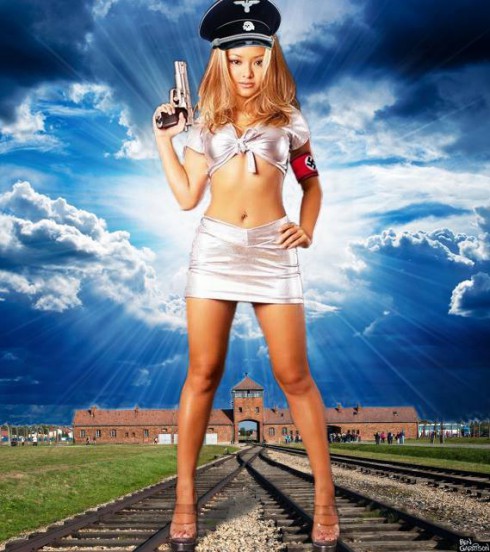 More than five years after her reality show ended, Tila Tequila making news. But, unlike when contestants vied for her affection on A Shot at Love, the attention Tila is now gathering isn’t of the romantic variety…

“So once upon a time in a land far away there was a special and sweet kid who had a dream to become a painter. He was a brilliant artist and was ahead of his time. He had hopes, and dreams just like we all do. Unfortunately, the art schools did not feel the same as he and they rejected him… His Name was Hitler,” she said on Facebook. “There was once upon a time a young lady who also had the same hopes and dreams as Hitler did. She probably loved the Jews as much as they hated her… They mocked her, rejected her and laughed at her through and through when all she ever did was show them her love. Her name was Tila Tequila.”

That isn’t even the worst of it. In a Dec. 7 blog post titled “Why I Sympathize With Hitler Part 1: True History Unveiled,” Tila explained Hitler is misunderstood. (She also shared the following picture on Facebook.) 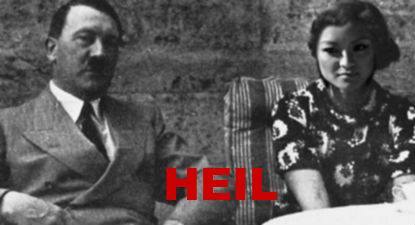 I, just like you, used to view Hitler as an atrocious monster! How could such EVIL exist in this world? As a matter of fact I even made a youtube video a while back showing sympathy for the prisoners of war during WW2 so you cannot say that I am a racist nor anti-semite. I was merely brainwashed just like all of you have been… I understand the Jewish people went through some shit too, but hey guess what?? SO DID THE MAJORITY OF THE PEOPLE WHO SUFFERED IN EVERY SINGLE WAR THST TOOK PLACE! … he was not a bad person as they have painted him out to be. Not even close!!! I cry because my heart feels… broken. Here is a man who was not a coward, stood up for his country in a DESPERATE TIME OF NEED (unlike all of our cowardly leaders), and yet not only did he try his best to help his country and people get out of what was a time of depression, economic collapse, high unemployment, amongst many other things… he lost the war AND was painted out to be a monster after his death… They cheated and played Hitler so bad… I feel extremely compassionate and sympathy for the man with a ruined legacy as well as a forever condemned great people of Germany!

“THE ONES TELLING ME TO ‘SHUT UP’ ARE THE ONES HEAVILY INVOLVED IN OCCULT RITUAL SACRIFICES HERE AND THEY FEAR ME TELLING THE WORLD ABOUT HOW THEY MURDER PEOPLE RITUALISTICALLY,” said Tila, who also claimed Paul Walker was ritualistically murdered.

One final note: Tila began the process of converting to Judaism last year. No word on whether she ever completed the process. But, considering the only evidence of her “sympathy” with Jewish people is that she “made a YouTube video,” it seems safe to say she didn’t go through with the conversion.