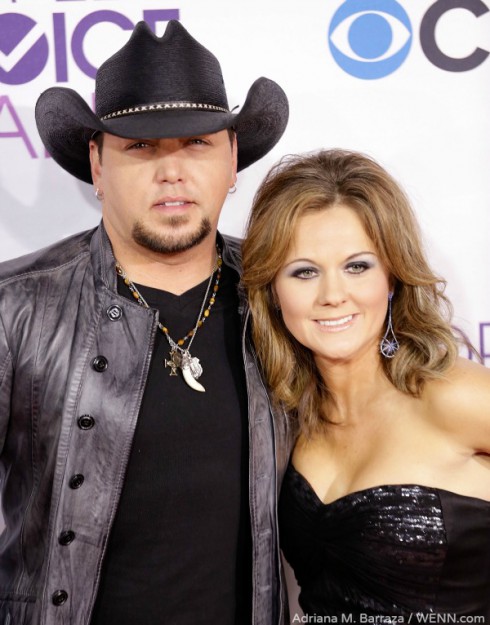 Seven months after Jason Aldean was photographed making out with a young American Idol alum, Us Weekly confirmed the country music star has officially separated from his wife, Jessica Ussery.

“There were obvious problems before the bar kiss, but he finally left earlier this year,” a source close to the star told Us Weekly.

Although Aldean’s rep was hesitant to confirm a separation, he confirmed they couple is dealing with ongoing relationship issues.

“I can confirm that Jason and his wife are having problems, but there is nothing more to share at this time,” the rep said. “It’s a private family matter, and we hope everyone will respect that he would like to keep it that way.”

Just one month after Aldean was photographed kissing Brittany Kerr, a season 11 contestant on American Idol, he and Ussery appeared on CBS This Morning.

“I think we’re fine, you know? I think any time you go through anything like that, I mean, it’s tough,” Aldean said. “We’ve been together for a long time and through a lot of things together. Those are things that most people get to deal with in private, but we didn’t have the luxury of doing that.”

Just after the affair last October, Aldean said he and Ussery really wanted to make things work for the sake of their daughters.

“When there’s kids involved, that’s something you’ve always got to try and protect,” the country star told Us Weekly.