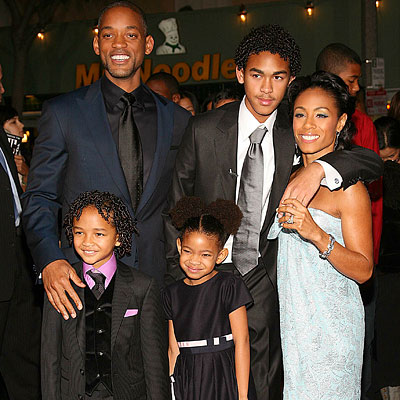 Raising children can be a fearsome task, and every parent has their own philosophy about how to go about it the right way. Actor Will Smith recently revealed his views on parenting children involves letting them be as autonomous as possible as soon as possible, and avoiding “punishing” them because of the negatively involved.

“We don’t do punishment. The way that we deal with our kids is, they are responsible for their lives. Our concept is, as young as possible, give them as much control over their lives as possible and the concept of punishment, our experience has been – it has a little too much of a negative quality.

So when they do things – and you know, Jaden, he’s done things – you can do anything you want as long as you can explain to me why that was the right thing to do for your life.”

14-year-old son Jayden (who is romantically linked to Kylie Jenner) was also at the interview and approved of his parents’ way of doing things.

Will has three kids: Jayden (14) and Willow (12,) with wife Jada Pinkett Smith, and Trey (20,) from his first marriage to Sheree Zampino.

What do you think of Will’s parenting style?

Angelina Jolie: Women in my position shouldn’t complain about parenthood