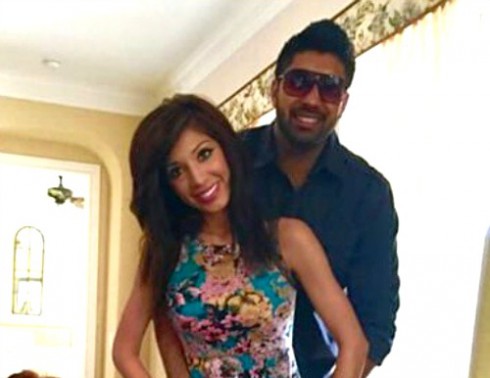 After half a year together, Teen Mom OG‘s Farrah Abraham and Simon Saran have gone their separate ways — although they still seem to be remarkably friendly.

Farrah announced the breakup on Friday. She described it as “National Ex Day,” even though National Ex Spouse Day is formally observed on April 14. (Who knew?)

One for the Ex! Cheers! #NationalExDay

Farrah and Simon (or “FarSi” as she coined them) seemed to get serious pretty quickly after they went public with their relationship last winter. On the season finale of Teen Mom OG, she pressured him to propose, saying having to wait for a ring is “for ugly girls.” Her daughter, Sophia, also seemed attached Simon — and Simon was Farrah’s longest term boyfriend since late ex Derek Underwood.

Some fans suspected there was trouble in paradise when Farrah went silent on Simon in recent weeks. She did talk about their sex life in a new interview, but it’s unclear when that conversation happened. If we know anything about Farrah, it’s that she will find a way to bounce back. For now, she’s busy selling vials of her DNA.