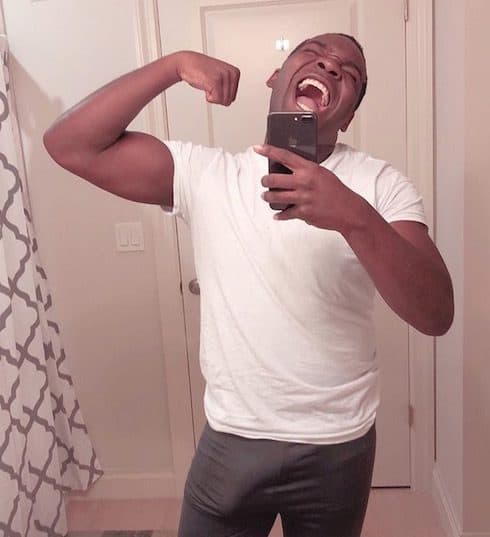 Jaquae from LHHNY is about to get himself a lot more screentime when the new season drops! The rapper, who so far is best-known to viewers as the ex-boyfriend of Sophia Body and current boyfriend of Kiyanne, had all his tea spilled by both women. It’s now safe to say he and Kiyanne are no longer together: she went off on Jaquae last night, saying he “likes dick” and asking fans to “refrain from associating her name with his existence.”

The gossip on Jaquae from LHHNY started to unravel when his now-ex-girlfriend Kiyanne chose to respond to a pointed Instagram comment. It wasn’t anything negative, though — on the contrary, the commenter said she could see Jaquae and Kiyanne having babies together. To which Kiyanne responded, “He likes dick.” Have a look (screengrab via @TheLHHTea): 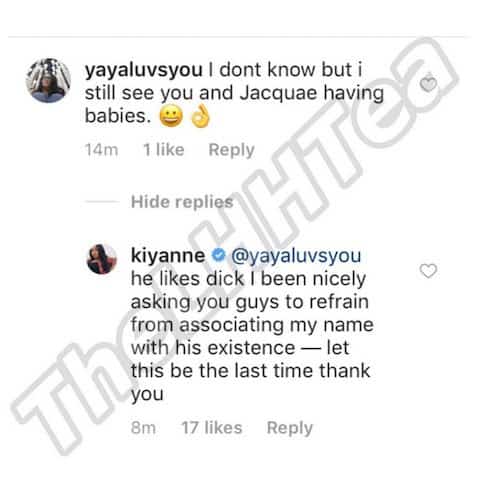 Kiyanne kept on spilling Jaquae’s tea after that. She continued in the comments for awhile, explaining that she’s not homophobic and doesn’t “wish bad” on Jaquae, but that he’s “disrespected [her] NUMEROUS times” and she’s simply had enough of it.

After that, Sophia Body got involved, and backed up everything Kiyanne had been saying. According to Sophia, Jaquae has “sociopathic tendencies to fool you all.” She also reminded everyone reading that “dating someone who is lying to themselves and their partner about their sexuality it can be risky and unfair to the partner on so many diff levels.”

And when the @TheLHHTea page straight-up said Sophia was saying Jaquae likes to go both says, Sophia responded “Correct!!!”

Make sure you scroll all the way through these screengrabs; there’s a ton to see:

Earlier last night #Kiyanne outed ex-boyfriend #Jaquae for liking it both ways (view previous). Even #SophiaBody, who used to ‘date’ Jaquae and who isn’t the best of friends with Kiyanne confirmed the allegation to be truthful. Jaquae has yet to speak on the allegation. At the end of the day love is love. #LHHNY

So — how will all this drama about Jaquae from LHNNY transfer to the show? According to the latest from noted gossip blogger @BestRealityBlog, Kiyanne has already outed Jaquae for a scene in LHHNY Season 9. The scene also involved Jonathan, who claimed he and Jaquae have been going at it in the bedroom for some time. It sounds like this love triangle got messy in a big hurry:

Looks like #LHHNY is taking a page out of the MESSY playbook! Now that the season 9 tea has started to pour in, I’m starting to think THIS season may actually be one to watch!! Now, get your popcorn and get into this TEA! ?☕️? #loveandhiphop #LHHH pic.twitter.com/cVo5A4wl2T

The man himself has yet to respond publicly to any of these allegations. One thing’s for sure, though: Jaquae from LHHNY is going to be a *much* bigger part of the show for Season 9!