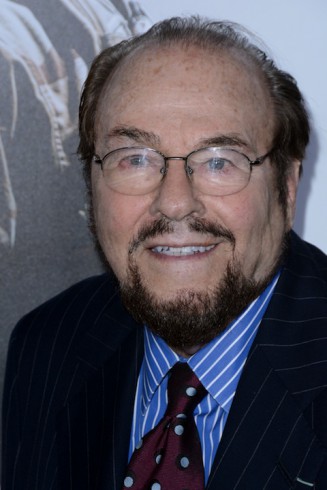 Did James Lipton used to be a pimp? Lipton is a kindly 88-year-old man best-known to the world at large for his long-standing role as host of Inside the Actor’s Studio. He is probably second-best-known for his small, but meaty role as Warden Gentles on Arrested Development. And he is probably third-best-known for being a pimp in Paris in the 1950s.

In his book Inside Inside, Lipton recalls the moment he first acknowledged publicly his Parisian past. He was interviewing Julia Roberts on Inside the Actor’s Studio, and the two were discussing Pretty Woman. Then, in what Lipton calls a “fatal step,” he uttered the following words: “Once upon a time, for reasons that will not be stated tonight, I did some research also on the subject of prostitution.” At which point, the assembled students–and Roberts herself–burst out with a mixture of laughter and guffawing, and Lipton almost lost the crowd. He actually made the moment more awkward by sticking to his guns and not clarifying what he meant, but managed to get the interview back on track.

(By the by: If you’re interested in seeing the exact moment, you can check it out here. The prostitution laughter begins at about the 17:20 mark.)

And, from that point, half of the story was out. The other half is that–to hear Lipton tell it–Paris after the Second World War was a terribly destitute place, and opinions on prostitution were very different. As were attitudes about the pimps (mecs, to use the French term) who ran their operations. Lipton has been up-front about his past in numerous interviews since the big ItAS reveal; here’s one such example, from an interview he gave to Parade magazine on the eve of the Studio‘s 250th episode:

It was only a few years after the war. Paris was different then, still poor. Men couldn’t get jobs and, in the male chauvinist Paris of that time, the women couldn’t get work at all. It was perfectly respectable for them to go into le milieu….Young women desperately needed money for various reasons. They were beautiful and young and extraordinary. There was no opprobrium because it was completely regulated. Every week they had to be inspected medically. The great bordellos were still flourishing in those days before the sheriff of Paris, a woman, closed them down. It was a different time.

As far as specifics on how Lipton became a mec, the man at least appears to be up-front and above-board:

[A prostitute and I] became great friends. When I ran out of money, I said, ‘I have to go home.’ She said, ‘No, you don’t. I’ll arrange for you.’ So she arranged for me to do it. I had to be okayed by the underworld; otherwise they would’ve found me floating in the Seine….Yes, a whole bordello. I represented them all, but her especially. I did a roaring business, and I was able to live for a year. The French mecs didn’t exploit women. They represented them, like agents. And they took a cut. That’s how I lived. I was going through my rites of passage, no question about it. It was a great year of my life.

Oddly enough? In the same interview–and in others given before and after the Parade breakdown–Lipton says he is against the sex trade. “I” think if you can’t earn it on your own,” he says, “then you don’t deserve it.”

For some reason, though (possibly because the words “James Lipton” and “pimp” don’t appear to go together), the disbelief about his past extends well into mainstream media. Charlie Rose was surprised to hear of Lipton’s past in a 2013 interview; Matt Lauer has been similarly shocked in the past.

The key difference in Lipton’s accounts and in the coverage of those accounts seems to be a cultural one. If you watch the Charlie Rose clip above, you’ll note how JL takes particular issue with the word “pimp,” which has a very different connotation, in his mind, than the French mec. Is he being hypocritical? Is all sex work equal? Those are bigger questions–and ones you should feel free to discuss in the comments section. Broadly speaking, though, it’s fair to say that J-Lip has had an interesting (and revealing) life, and that he certainly has no regrets about it. C’est.

(Photo credits: Did James Lipton used to be a pimp via WENN)