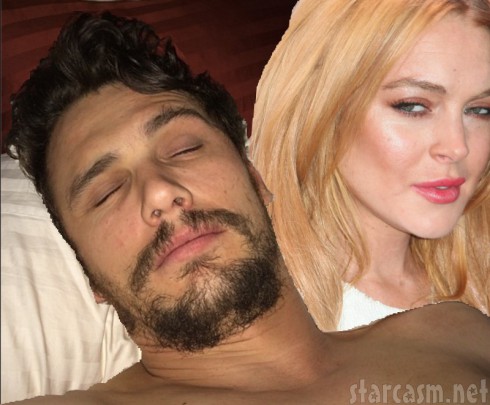 James Franco and Lindsay Lohan’s mini war of words just took a really strange turn: During an interview with Howard Stern this week, James claimed Lindsay once snuck into his home while he was sleeping.

James worked his way to the horror story-esque anecdote while denying (yet again) sleeping with Lindsay.

“Alright, we maybe kissed… It was lame,” he said of the extent of their physical relationship. “When we made out it was so long ago. I was like a nice guy.”

Even after he thought the spark died, Lindsay apparently remained enamored.

“I don’t know what to say other than we were at this hotel during a very dark period of her history and I think she liked… It seemed pretty damn clear that she liked me,” James said of when they both lived at Chateau Marmont in West Hollywood. “She even broke into my room one time, because she was so at home there I guess they just gave her a key. I was on the couch and I opened my eyes and there’s Lindsay in my room at 3 a.m.”

“That’s stalking!,” said Howard Stern, who you’d think is beyond the ability to feel shocked. James agreed that, yes, it crossed a bunch of boundaries.