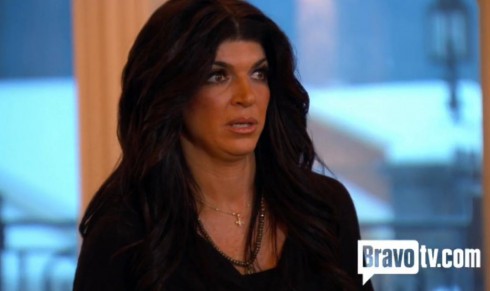 On Sunday night’s new episode of The Real Housewives of New Jersey, Teresa Giudice and her brother Joe Gorga come to blows. It all goes down during what was meant to be a family retreat in which the disgruntled bunch could bond and get over their past issues. Unfortunately, it turned into an all-out war.

It all began with Teresa and Joe discussing the latest rumors circling the web. However, it wasn’t the actual rumors that seemed to be the problem — it was the fact that Teresa didn’t feel as though her brother was being loyal to his family. 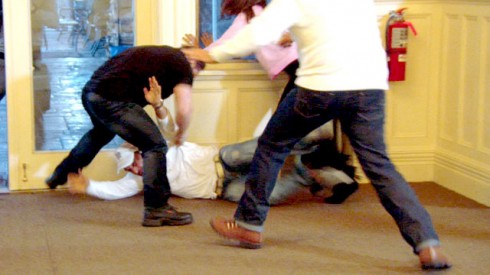 In a new sneak peek at the episode, Teresa tells Joe that he is disappointing the entire family. “You’re believing strangers over your own blood. That’s what you don’t understand,” Teresa explains to Joe, going on to advise him to “get balls. Be a man. Stick with your blood.”

“I’m not sticking with scum like you,” Joe fires back.

Kathy Wakile, who is watching from the sidelines, steps in at that point, telling Joe, “That wasn’t right.” Unfortunately, he doesn’t care and continues the verbal beat down.

“I don’t care. She is scum,” Joe tells Kathy, then turning to Teresa and saying, “And I’m going to call you scum.”

At that point, Teresa has had enough and storms out of the lobby and onto the patio of the venue where her husband is chatting with Rosie Pierri. “Joe, he called me scum. I want to leave.”

That sets off Joe Giudice who goes into the lobby to confront Teresa’s brother and make him apologize. Instead, the two men charge each other and within seconds Joe Gorga is on the ground preparing for a punch to the face from his brother-in-law.

Don’t miss all the action go down on The Real Housewives of New Jersey this Sunday night at 8/7c.