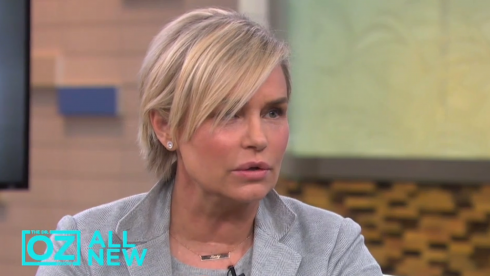 We’re smack dab in the middle of season six of The Real Housewives of Beverly Hills, and, without a doubt, the biggest storyline is Yolanda Hadid’s (she dropped the name Foster after her divorce) battle with Lyme disease.

It seems that everyone has an opinion regarding Yolanda’s outspoken nature. From IV selfies to exhausted photos in bed, the reality star doesn’t shy away from showing all aspects of her disease on social media.

Recently, however, critics of Yolanda have stepped forward with photos they feel are deceptive.

Nearly a year ago, Yolanda posted the following picture to Instagram. The photo conveys a touching moment between mother and son and suggests that Yolanda is too sick to walk on her own.

An online sleuth noted a picture posted by Anwar from the same day that illustrates a very different scenario. In the photo below, Anwar and his mom appear joyful and light-hearted as he carries her outside–a far cry from Yolanda’s picture. 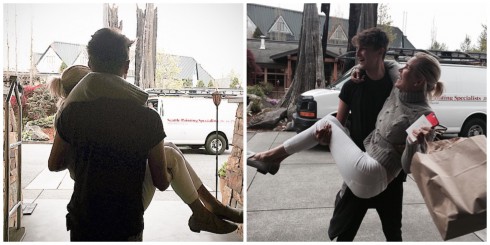 I have no doubt there’s a simple explanation behind both pictures, but that’s not what fans are upset about. Viewers see this as Yolanda being manipulative in her posts—something her castmates have noticed as well.

Earlier in the season, Taylor pointed out that Yolanda seems to flip-flop between “happy selfie, sick selfie.” Yolanda, however, makes no apologies for her journey, both good days and bad.

Yolanda will appear on The Dr. Oz Show today to talk about her battle with Lyme disease and speak out against those who question her illness.

Do you think Yolanda’s pictures are deceptive, or is she just sharing her own, personal journey?

Don’t forget to tune in to The Real Housewives of Beverly Hills when it airs on Tuesdays at 9/8c on Bravo.