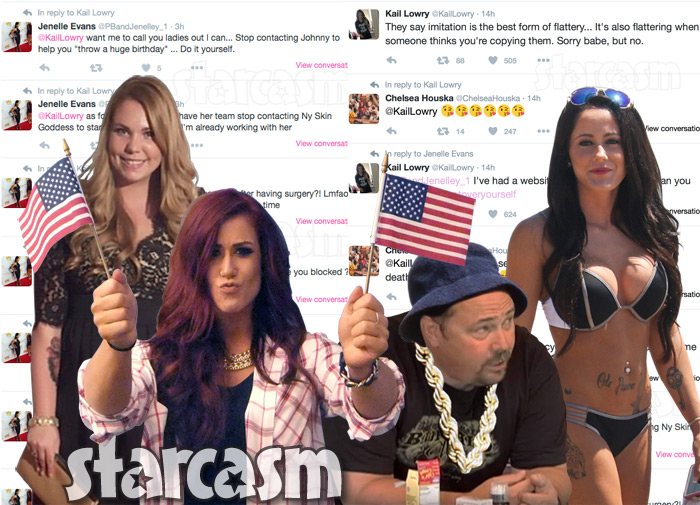 Teen Mom 2 doesn’t kick off its seventh season until March 21, but impatient fans don’t have to wait for the on-screen drama, as pretty much the entire cast is currently involved in a HUGE Twitter feud!

Surprisingly, the whole thing started with the usually drama-averse Chelsea Houska, who proudly tweeted that she was launching a new website soon:

Look what is coming soon! ? https://t.co/wv13boCiIa

Chelsea’s dad, Dr. Randy Houska, followed suit with his own tweet, announcing that Chelsea’s website was almost ready to launch and Chelsea had been working on it for months with her web development team:

This all seems innocent enough, right? Apparently Jenelle Evans, who launched her own website JenelleLaurenEvans.com last month, didn’t see it that way:

Chelsea retweeted someone who pointed out Chelsea has been talking about doing a website for a long time, along with a screen cap of this tweet from October, 2014:

Chelsea added “Yes mam ☺️” with her retweet. She then wrote, in a separate tweet: “I cannot even handle the drama ?” Meanwhile, Chelsea’s dad Dr. Randy Houska also responded to Jenelle’s “monkey see, monkey do” tweet:

At this point, the ladies’ Teen Mom 2 co-star Kailyn Lowry jumped in on Chelsea’s side, and the two struck up a friendly conversation: 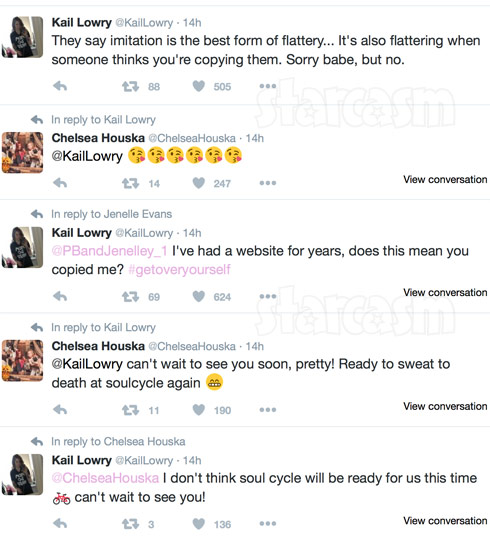 Jenelle then got REALLY personal, and took the feud to a whole new level: 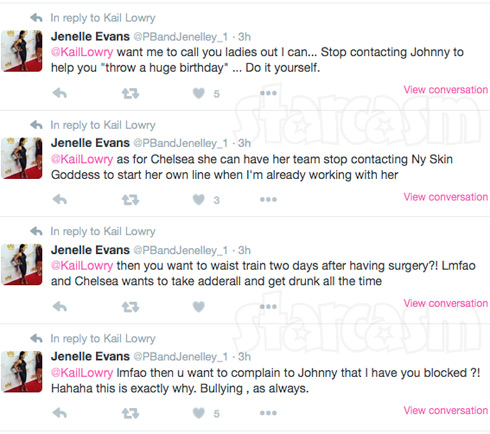 You’re probably wondering who Johnny is, and we’ll get to that in a minute. First, here are Chelsea, Dr. Randy, and Kail responding to Jenelle’s string of tweets and accusations:

@Eyesrrolling she just knows me so well!

Jenelle then seemed to sign off by once again hinting that she might be quitting Teen Mom 2:

OK–so who is this Johnny that Jenelle refers to? (Calm down, Jenelle haters; I know this is common knowledge in certain circles.) Johnny is Jenelle’s manager, Johnny Donovan. And if you think that being a manager would mean that Johnny is above getting tangled up in his client’s Twitter feud, you would be wrong — WAY wrong! Ol’ JD jumped in head first: 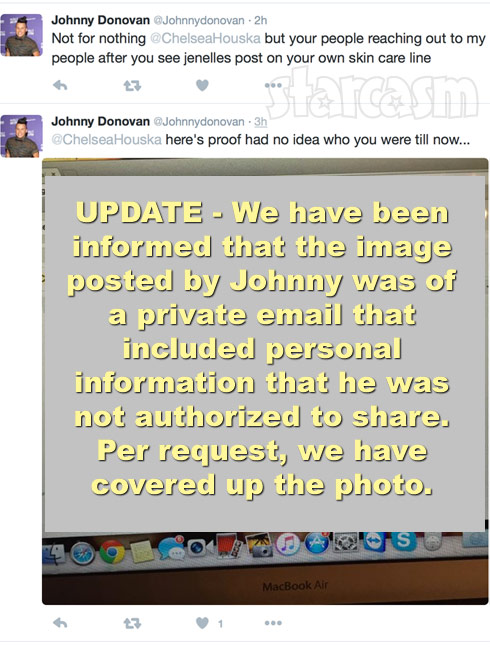 Once again, I think Dr. Randy is exactly right. I’m not going to offer up an opinion on the whole feud, but, being a business person in the world of reality television and entertainment, I do want to say that if you are Jenelle Evans’ manager, you really should know who Chelsea Houska is. That’s like being Paul McCartney’s manager without knowing who John Lennon is. (Or vice versa, before the Teen Mom 2/Beatles comparison debate breaks out!)

UPDATE – Jenelle Evans and Johnny Donovan have since parted ways, and of course it was explosive, and of course the drama played out on social media.

The feud has since quieted down, but I’m sure that will all change when Chelsea announces she plans to sell a “Lil Cole” potty training urinal. Meanwhile, the fourth Teen Mom 2 main cast member, Leah Messer, has remained completely silent on all of this. So far.