History’s Vikings is about to debut its fourth season, and Vikings season 4 spoilers and speculation are therefore at their most rampant. Thanks to the historical record (and the show’s gentle adherence to it), we can guess responsibly with regard to some of the mysteries that the Vikings season 4 spoilers hold. The fourth season also promises to be the boldest yet; History has ordered a double round of episodes–twenty episodes in total, or twice as many as usual–and fans are salivating over the prospect of a Danish overload. 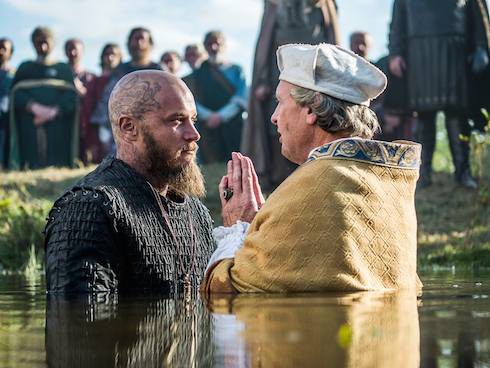 The Siege of Paris that Vikings made a set piece of season 3 appears to be over, and Princess Gisla and Rollo are the show’s primary connection to it as season 4 begins. We know–from history!–that the Danish Vikings made two major raids on Paris: the first, in 845, appears to be most of what Vikings’ story was based on last year, and many fans are therefore wondering if the harsher 885-86 siege will play a role this season. Though no Vikings season 4 spoilers yet describe a return to France, the second real-life Siege of Paris involved the Vikings bringing what oral histories claim was “the largest ever” for a Viking fleet: approximately 700 ships, and at least 30,000 soldiers. After a prolongued and, ultimately, unsuccessful raid (one that lasted from November of 885 to October of 886), Charles the Fat bought the Vikings off with 700 pounds of silver and allowed them to sail down the Seine and attack Burgundy instead. 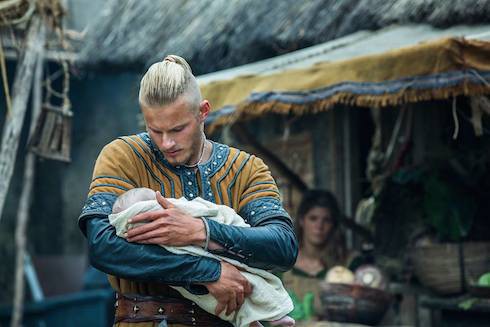 Fans hunting for Vikings Season 4 spoilers have pointed out that some elements of both the 845 and the 885-86 Sieges were incorporated into Season 3, so a new Siege may well include wholly fictional elements. It seems perhaps unlikely, though, that the new season of Vikings would spend so much time back in France after devoting almost the entire back half of Season 3 to the first Siege of Paris. It is, however, also worth pointing out that Vikings raided Paris three times in the 860s, “leaving only when they had acquired sufficient loot or bribes.” These minor sorties play a role in the ongoing Vikings season 4 spolier gossip, and could indeed have a large role in Season 4 itself–particularly if Ragnar finds himself in need of a quick infusion of capital for some other military endeavor.

Instead, it seems more likely that Vikings fans will get their French kicks via Rollo and Gisla. One expert who agrees is Dr. Shannon Godlove, professor of Medieval and Renaissance Studies at Columbus State University, who’s argued that Vikings appears to be “setting up Rollo to be the Rollo of medieval lore”– he “struck a deal with the Frankish King Charles the Simple, [one which] allowed him to settle in the Northwestern territories of Francia.”

Marriage-wise, historians among the show’s fans are also quick to point out that the real-life Ragnar Lodbrok had three wives: the first was shieldmaiden Lagertha; the third was Aslaug, and both of those have been depicted on the show. Vikings has yet to explore the possibility of introducing Ragnar’s second wife, Thora Borgarhjortr, daughter of the Earl of Götland. The pair is said to have two sons, both of whom would go on to die in glorious battle. It looks like Vikings Season 4 spoilers don’t (and likely won’t) involve the inclusion of Thora, though; the show’s sole major new female character is Yidu, a “new and unique Chinese character who will have a big role” in the new season, played by Canadian actress Dianne Doan. 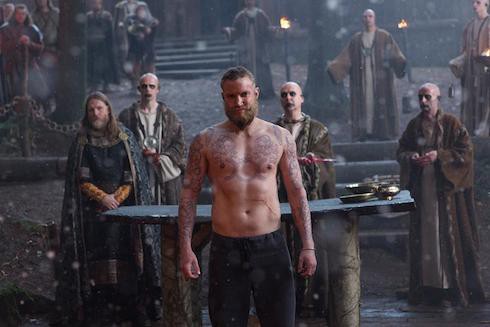 In a Hollywood Reporter interview conducted shortly after the Season 3 finale, showrunner Michael Hirst acknowledged that he already had plans for the fourth season, and gave rise to a whole host of Vikings Season 4 spoilers and possibilities in the process. Perhaps the biggest of all was Hirst’s plan to move the show ahead in time a couple of years. “Some time has passed,” Hirst explained, when asked about Ragnar’s trip home. “The journey home took a little longer than they supposed. It hasn’t been an easy run across to Paris or a straight run back. They’ll have been away for a couple of years, something like that.”

More intriguingly, Hirst addressed the complications that might have arisen in Ragnar’s mind following his Season 3 baptism–and especially in light of Athelstan’s murder at the hands of Floki. “That’s ambiguous,” he said, when a question implied whether we might see a more conflicted Ragnar in future episodes:

Hirst further acknowledged that Vikings Season 4 spoilers might include Ragnar’s use of the information he obtained while playing dead in his coffin: namely, what Floki, Rollo, and Lagertha really think of him. To that extent, then, it looks like we can expect to see further grand drama between Ragnar and Rollo–and even Godfather-style betrayal, thanks to Hirst’s employment of the phrase “an offer he can’t refuse” regarding Rollo’s decision to stay behind. 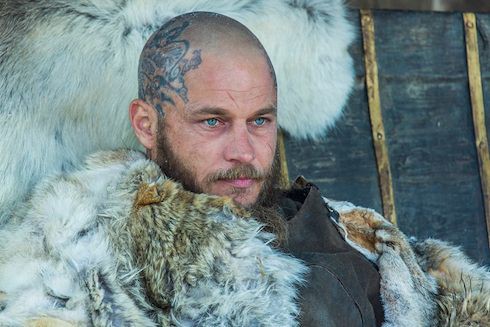 And, if you choose to speculate regarding brotherly betrayal, the newest trailer for the upcoming season offers the possibility of a couple of Vikings Season 4 spoilers. It seems fairly clear that some sort of a showdown between the French-bound Rollo and his brooding brother is in the works; perhaps, then, the only question is whether or not the victor will choose to demonstrate Christian mercy over the loser:

Nor is it clear that Ragnar, as Vikings‘ main character, would win any such showdown. Hirst raised some eyebrows among Vikings fans last spring when he admitted–and not for the first time–that he’s “always seen the show without Ragnar.” 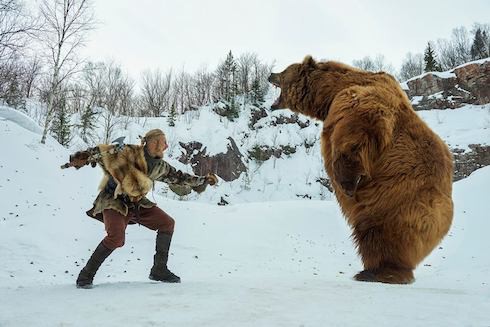 If you feel like trying to divine some fresh Vikings Season 4 spoilers out of the mystery of episode titles, the first six of the new season were recently released. They are: “A Good Treason,” “Kill The Queen,” “Mercy,” “Yol,” “Promised,” and “What Might Have Been.”

One other quick Vikings Season 4 spoiler (or a mini-spoiler, more appropriately): it looks like the show will continue its practice of airing one new episode per week; if Season 4 is divided evenly, we can expect Episode Ten, the midseason finale, to air on Thursday, April 21.

And, if you’re tired of all the Vikings Season 4 spoilers and speculation, remember that you don’t have long to wait for the real deal. Vikings premieres Thursday, February 18th, at 10 PM EST on History.