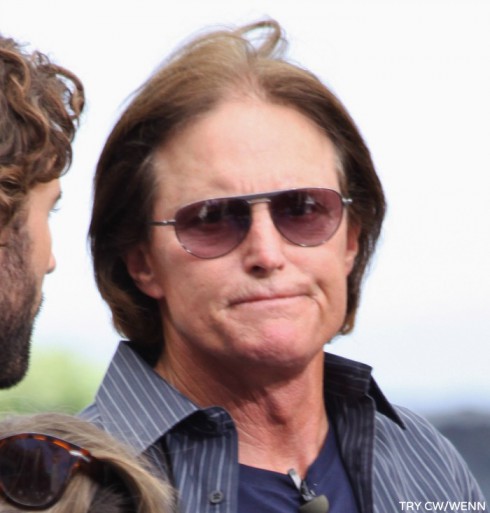 According to the rumor mill, Bruce Jenner may not be the “patriarch” of the Jenner clan for much longer.

The former Olympian confirmed to TMZ that he is considering a Laryngeal Shave, a procedure that smooths out the Adam’s Apple. This is most commonly done among males in the first stage of gender reassignment.

Although Bruce was forthcoming about his consultation, he insists he has no plans for a full sex change operation. He just wants to get rid of his Adam’s Apple because he’s self-conscious about it!

“I just never liked my trachea,” the Keeping Up With the Kardashians star said. (If I had a dollar for everytime I heard that…)

At this point, Bruce is undecided on whether he wants to go through with the Laryngeal Shave… In fact, he claims he only got the idea while meeting with a Beverly Hills plastic surgeon to discuss the scar from his basal cell carcinoma procedure. If he does opt to have his Adam’s Apple reduced, it will likely take place early next year.

The rumors about Bruce flirting with the idea of a sex change operation aren’t entirely linked to the Laryngeal Shave: He reportedly enjoys wearing women’s clothes and recently wore drag for a public video.

Not everyone is supportive of Caitlyn Jenner; find out what her critics have to say

What kind of plastic surgery has Kim Zolciak had?