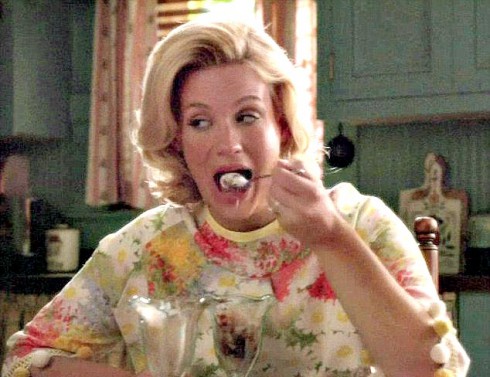 In the 1980s, it was the Atkin’s Diet. In the 1970s, it was the Scarsdale Diet. But 1960s fad diets? One of the most popular plans was the Drinking Man’s Diet, which allowed those aspiring to lose weight to drink however much alcohol they pleased — as long as they cut back on solid carbohydrates.

“Alcohol has calories, but, he said, they’re not bad calories, they’re good calories. And that was wildly popular,” said Susan Yager, an adjunct instructor in the Department of Nutrition, Food Studies and Public Health at New York University, to Today.

Yager, who was discussing the topic in relation to Betty Francis’ weight gain on Mad Men, said that the fictional character likely would have enjoyed the rules of the Drinking Man’s Diet. However, if she didn’t, there were plenty of other eating fads to choose from in the 1960s. Take for instance the Stillman Diet, which set the stage for the Atkin’s Diet in its low-carb approach, though it was much more intense. Two options the author, Dr. Irwin Maxwell Stillman, suggested were the semi-starvation and buttermilk diets.

For fans of a simplistic approach, there were the Knudsen 225 and Metrecal liquid diets. The dairy drinks were ahead of their time and appealed to women who struggled with portion control.

“The powder, which is mixed by dieters with water or skim milk, is such a hot-selling item that it has already spawned some 40 imitations from Sears, Roebuck’s Bal-Cal to Quaker Oats’s Quota, just out this week,” Time noted in 1960 of Metrecal, which was nicknamed the “baby formula diet” after its original purpose.

Fun facts: Metrecal was so popular that the White House even served it and Trader Vic’s offered a 325-calorie lunch dish of rum, nutmeg and Metrecal.

Then, there is the diet that really proved not to be a fad: Weight Watchers, which went public in 1963 two years Jean Nidetch (pictured below) began hosting meetings in her home. 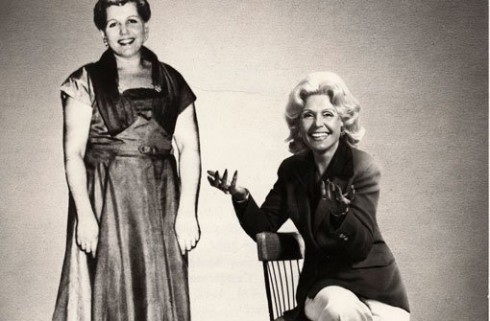 The Weight Watchers diet has been able to thrive for more than 50 years because of the support and structure it provides to dieters. Even Betty was able to lose half a pound during her short-lived Weight Watchers stint.

Although there were plenty more fad diets to choose from during the 1960s, it’s safe to say there’s been a big boost since then. Yager, who wrote “The Hundred Year Diet” about the American preoccupation with losing weight, told Today this is likely linked to the rise in the obesity rate. Back in Betty’s days, the national obesity rate hovered around 13 percent. Now, more than one-in-three adults struggle with obesity.

Yolanda Hadid-Foster diagnosed with Lyme disease, might not return to RHOBH