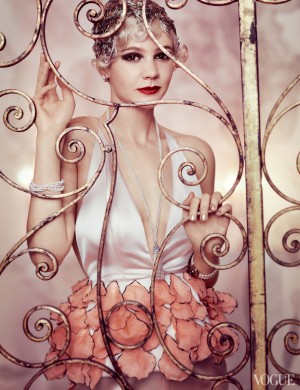 Carey Mulligan, who plays Daisy Buchanan in Baz Luhrman’s adaptation of F. Scott Fitzgerald’s The Great Gatsby says she got a little inspiration from Kim Kardashian for the part. Fitzgerald based the character partly on his wife Zelda, who once said “I seem always curiously interested in myself, and it’s so much fun to stand off and look at me. . . .”

Carey mused about the quote to Vogue magazine: “It’s that kind of feeling: I’m-so-little-and-there’s-nothing-to-me, watch-me-have-nothing-to-me. She feels like she’s living in a movie of her own life. She’s constantly on show, performing all the time. Nothing bad can happen in a dream. You can’t die in a dream. She’s in her own TV show. She’s like a Kardashian.”

That actually sounds pretty right. The Kardashian brand, especially Kim, is all about facades and being on display all the time and trying to turn their lives into fairytales and sitcoms. 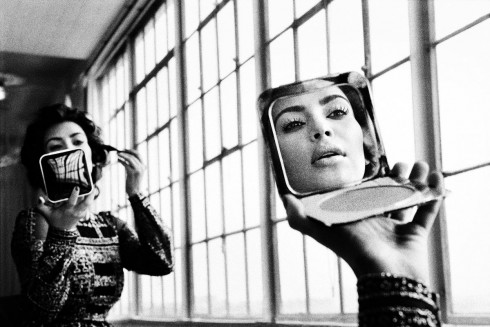 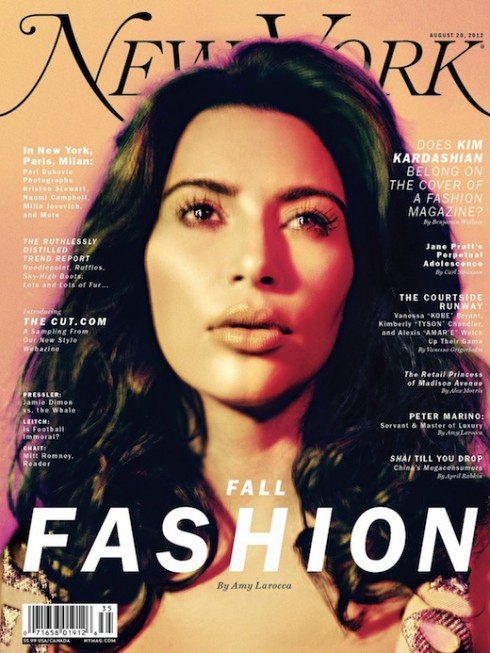 Another fun fact from the Vogue interview: After Carey found out she’d won the role of Daisy over Scarlett Johansson, Michelle Williams, Blake Lively, Keira Knightley, and Natalie Portman, she went out partying all night with the Olsen twins.

Here’s a new Florence + The Machine track about Daisy Buchanan:

The Parent Trap: Kim Kardashian shares first photo of Kris and Caitlyn together