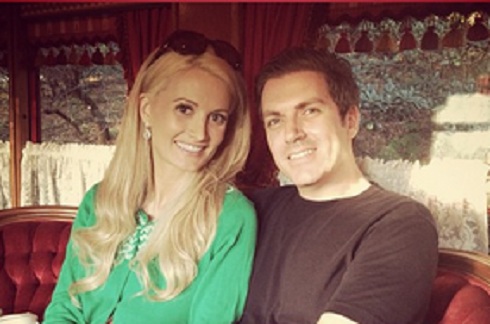 Fans watched Holly Madison on Girls Next Door as she attempted to settle down with Playboy mogul Hugh Hefner. The couple had tried to get pregnant by in vitro fertilization but had no luck which was the main reason Holly left. Now, she’s moved on with party promoter Pasquale Rotella and nine months into their courtship, Holly is pregnant.

“I’ve always wanted to be a mom, but I thought it would take longer,” Holly reveals to Us Weekly. Holly is twelve weeks along and feeling good. “I’ve been lucky! No morning sickness, but I do get a little nauseous,” she says. “It happens before my show, so I keep ginger ale backstage.” Holly and her $1 million ta-tas are currently staring in the Las Vegas burlesque revue, Peepshow. 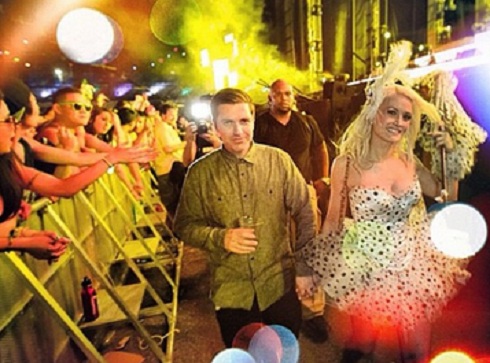 Last night, Holly got a pretty telling fortune cookie which read, “The current year will bring you much happiness.” She posted a photo of it to her Instagram account with the caption, “I think so…”

Just one month ago, Holly revealed to In Touch Weekly that she had begun the adoption process and would be adopting a baby from either Africa or South Korea. No word on if she’ll still proceed with the adoption now that she’s conceived a baby of her own, but we’d have to assume not — at least not yet.

Holly also told the magazine, “I love performing in the theater, and you can’t really do that when you’re pregnant.” We all know how much Holly values her gig at Peepshow so it’ll be interesting to see what happens once she gets too big to perform. Will she take a brief hiatus or be replaced altogether? We’ll have to wait and see.