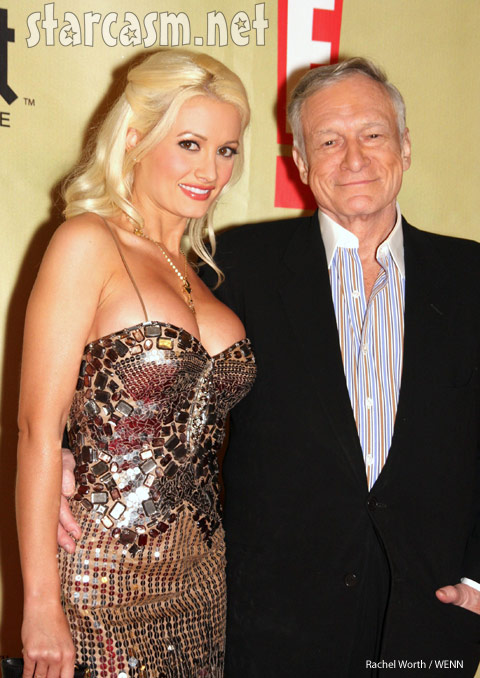 Holly Madison reportedly wanted to marry her boyfriend of six years Hugh Hefner and have his babies, but in 2008 he publicly announced that he wasn’t the marryin’ kind:

“I love Holly very much, and I think we’re going to be together for the rest of my life. But marriage isn’t part of my puzzle. It’s not a personal thing – I just haven’thad much luck with marriages.”

Soon after that, the broke up, Holly briefly dated Criss Angel Mindfreak, then moved to Vegas for a permanent spot on the burlesque show Peepshow. She also got her own reality show Holly’s World, which chronicles her life after Hef.

On a recent episode we watched Holly react to news that Hef was engaged to 24-year-old Crystal Harris, and she reportedly hi-tailed it to the Playboy mansion to tell Hugh Hefner how she felt about it. She also spoke liberally with the press.

“I’d like to see Hef settle down. I just want it to be with the right person, and I feel like he’s making a hasty decision. I’m not sure Crystal is the best thing for him.

“Crystal hasn’t been around very long – she’s a mysterious character. No one knows much about her. Plus, she’s very young, probably too young to settle down. I’ve seen a lot of girls try to date Hef, and some have ulterior motives. I don’t think it would be a bad idea for him to get to know her a little better. I think it’s possible Crystal could break Hef’s heart. They could end up divorcing, and she could take half his money.”

About what happened when she confronted them at the mansion:

“I told them that I wish them the best and that Crystal had better not do him wrong or else I’ll kick her butt. It was definitely awkward.”

What exactly did Hugh find with Crystal in a few months that he didn’t find with Holly in six years (or with other women for nearly 80 years?) It’s one of those mysteries of life. 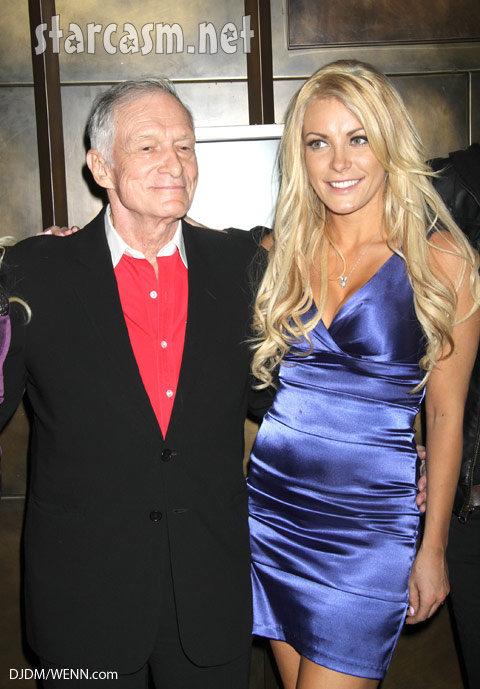 LHHH Who is Alexis Skyy’s baby daddy? Is it Fetty Wap?