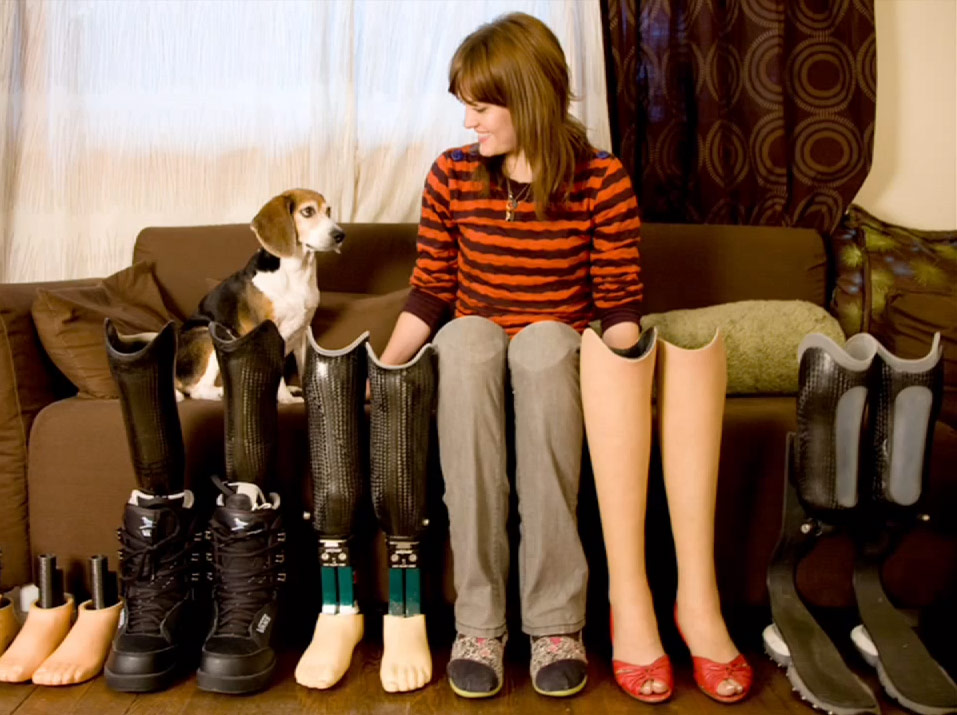 CBS has just announced the contestants vying to win the 21st edition of their successful competition show The Amazing Race. One of the newcomers has one of the most inspiring and fascinating backstorys in the history of the show. Her name is Amy Purdy, and she’s a double-leg-amputee snowboarding champ. Well, she’s that and so much more!

Amy Purdy wears many hats. She is a licensed Massage Therapist, Esthetician and Makeup Artist. She also is a top professional Motivational Speaker, sharing her story at conferences and events across the globe. Amy is the Co-Founder of Adaptive Action Sports, an organization she founded with her partner Daniel Gale that is an instrumental part of getting adaptive skateboarding, snowboarding and Moto X into the ESPN X-Games and snowboarding into the 2014 Paralympic Games. She is a spokesperson for many companies and organizations including Element Skateboards, she is a model, actress and one of the top adaptive snowboarders in the world, currently training for the 2014 Paralympic Games. Amy is also a double-leg-amputee. 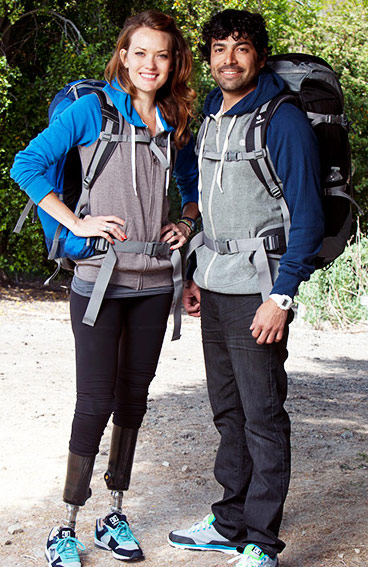 At the age of 19, after experiencing flu-like symptoms for about 24 hours, she was rushed to the hospital in a state of septic shock. En route to the hospital, Amy experienced respiratory and multiple organ failure. These factors, combined with a blood condition called disseminated intravascular coagulation (DIC), in which the blood becomes extremely thin and creates microscopic blood clots, caused Amy to lose circulation to her feet, hands, nose, ears, and kidneys, and caused her lungs and adrenal glands to hemorrhage. Miraculously, her heart and brain were unaffected. After 26 pints of blood and removal of her ruptured spleen, doctors diagnosed Amy with Bacterial Meningitis. Following this, Amy was in a coma for close to three weeks, and doctors gave her less then a two-percent chance of survival. Due to the lack of circulation she had suffered at the beginning of her ordeal, doctors had to amputate her legs below the knee, miraculously her other extremities regained their circulation and escaped amputation. 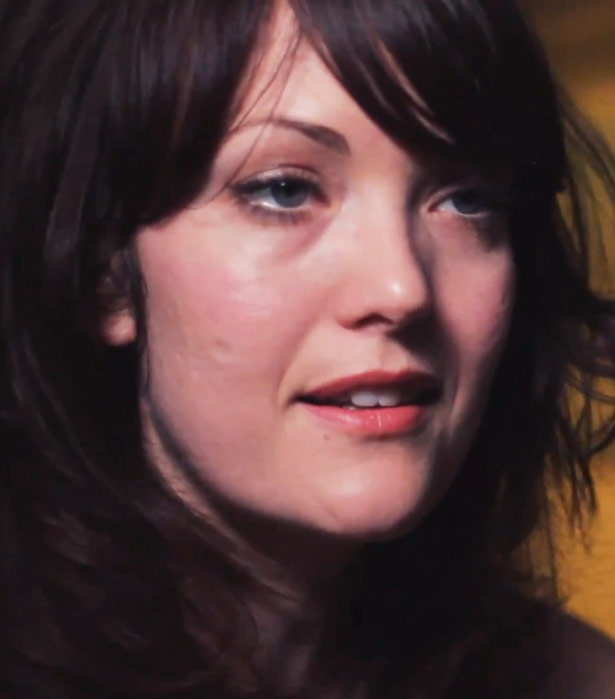 Here is a video featuring Amy as she promotes Runway prosthetic foot products from Freedom Innovations that allows her to lead the more active life she demands:

Almost two years later Amy participated in Nevada’s first Laparoscopic Kidney Transplant surgery receiving a kidney from her father. She was the first person in Las Vegas in more than 20 years to contract Neisseria meningitis and survive. After going through this life-altering trauma, Amy challenged herself to move on with her life and not only regain some sense of normalcy, but also attain goals that even people who have both legs struggle to achieve. In 2002 Amy received a grant from the Challenged Athletes Foundation (CAF), which allowed her to travel to various snowboarding competitions in the US. Just weeks after her kidney transplant, Amy entered the USASA national snowboarding competition, where she won medals in three events. 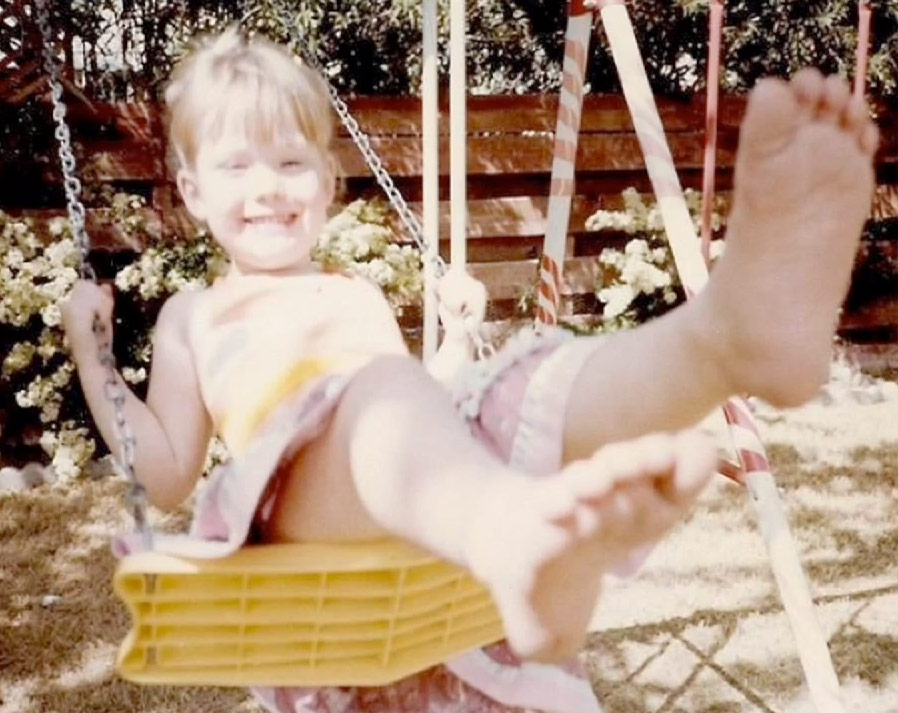 Amy Purdy as a young girl showing her zeal.

In 2003 Amy spent most of her time in California which opened several doors for her in the modeling and acting industry. February of that year Amy played a runway model in a music video for Madonna, who reportedly took a personal interest in Amy, coaching her through her video role and commenting on her amazing spirit. Adding to her challenges and accomplishments in May of 2004 Amy landed the lead female role in the independent film What’s Bugging Seth.

Trailer for What’s Bugging Seth. Is there anything Purdy can’t do!?!

In the following fantastic clip we have Amy giving a heartfelt and emotional speech for TED about “Living Beyond Limits.” It’s obvious that her credentials for this topic are impeccable:

Amy has modeled for various photography projects, including a recent Nikki Sixx project where her legs are custom made from steel to look like icepicks. Amy was featured in the first edition of Fugue Magazine (Fugue is an art, culture, and music magazine). Her story has been featured in numerous magazines including the Jan/Feb 09 issue of Muscle and Fitness Hers magazine, the September 07 issue of Women’s Health Magazine and a spread in Her Sports Magazine. Amy also recently was featured on The Entertainment Tonight Insider which focused on her acting and modeling career. After Insider aired Amy was contacted by the National Meningitis Association asking her to come on board as a spokesperson for the organization. Since August 07 Amy has done over 50 television and radio interviews on behalf of the NMA promoting the Meningitis vaccination for middle school and high school students. Amy is also an accomplished Makeup Artist and is recently a new Advocate for the Element Eden, a skateboard and lifestyle company. 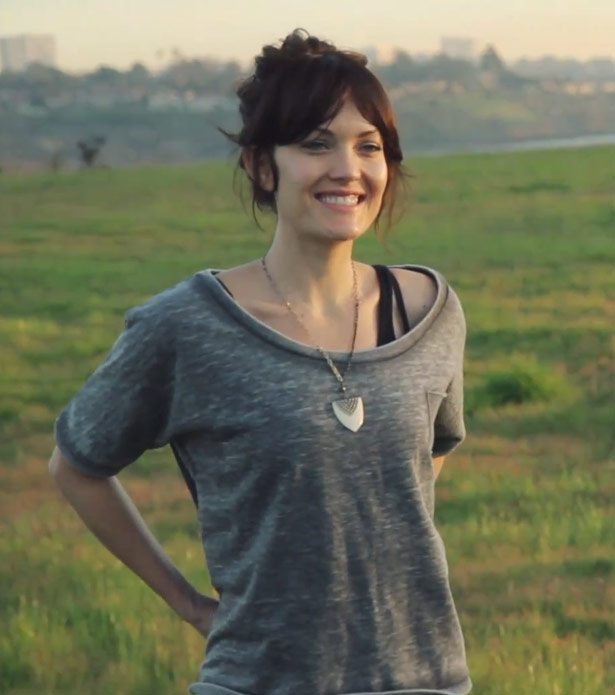 Amy’s most significant accomplish to date is in the creation and development of the action sport athletic organization; Adaptive Action Sports. In 2005 Amy and her partner Daniel Gale founded the non-profit organization to help adaptive athletes get involved with action sports, art and music. Amy and Daniel realized the lack of resources and support for athletes like herself who related to X-Games style sports rather than Olympic style sports. Outside of being a 3 time world cup gold medalist, Amy helps organize advanced adaptive freestyle camps and help AAS develop skate and snowboard camps for youth, young adults and wounded veterans. As of 2011, Amy is top ranked in the world for Adaptive Snowboarding and is working hard with Adaptive Action Sports and other organizations to get snowboarding into the Paralympics! Amy has played a significant role in the action sport movement within the disabled community and plans to continue challenging herself with her athletic and artistic passions while helping others do the same. This is a true testament to Amy’s Spirit.

• Blogspot – Through the Eyes of a Fembot

You can check out Amy and her partner Daniel Gale this season on The Amazing Race premiering on Sunday, September 30th at 9 PM EST. I know who I’m rooting for.