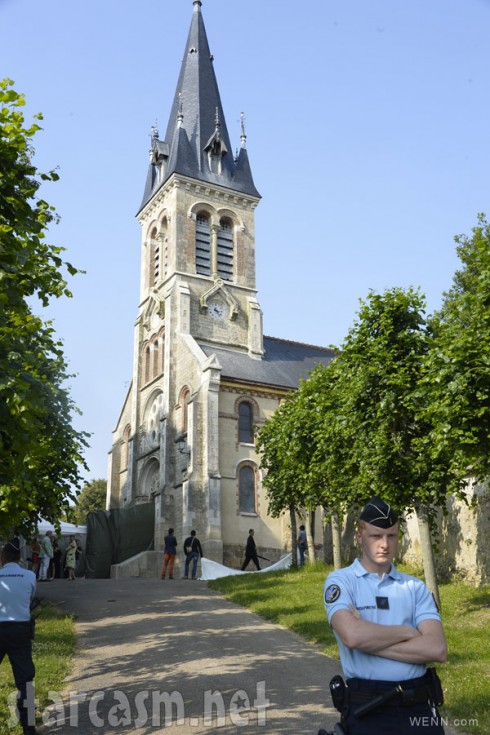 Security was tight at the event (see photo above) and the only photos o Halle Berry herself that have surfaced feature her riding in a car arriving at the ceremony: 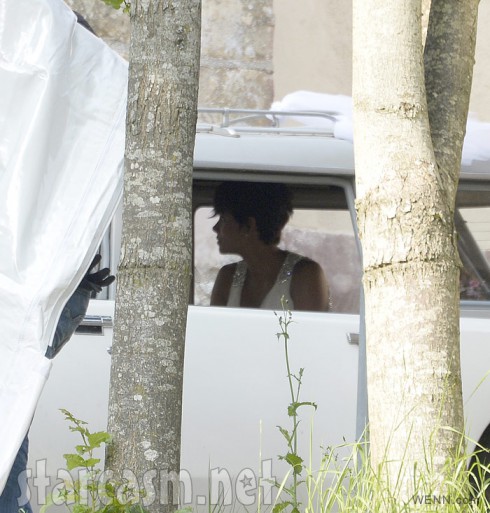 Guests were photographed arriving and there appeared to be a photo shoot just behind a white tarp: 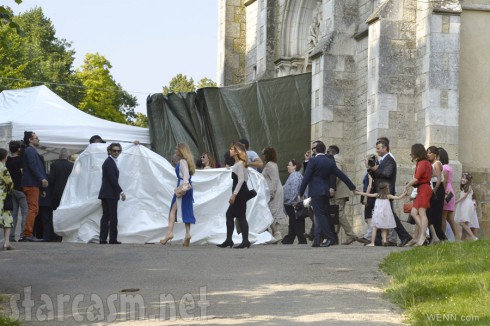 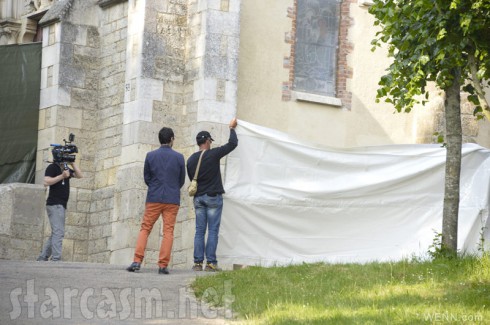 This was the third time down the aisle for Halle Berry, who is expecting a younger sibling for her five year-old daughter Nahla some time this summer. Berry and Martinez have been dating since 2010, but didn’t reveal their engagement until January of 2012. It wasn’t until a few months later that Berry, who had sworn she wouldn’t get married again after her second marriage to R&B singer Eric Benet (and tumultuous relationship with boyfriend and father of Nahla, Gabriel Aubry), finally addressed the engagement by delaring to Us Weekly, “Who knew? I swore marriage off, right?” she quipped. “Never say never, people!”

Here is a photo of Chateau des Conde where the wedding was held, which Wikipedia describes as “a private estate in Condé-en-Brie, Aisne, France, set in its park with three-hundred-year-old trees, on the Champagne route and 100 km from Paris.”

Congratulations to Halle Berry and Olivier Martinez! Or is it Halle Martinez now? (I hope it’s still Berry — always loved her first and last name combo!)