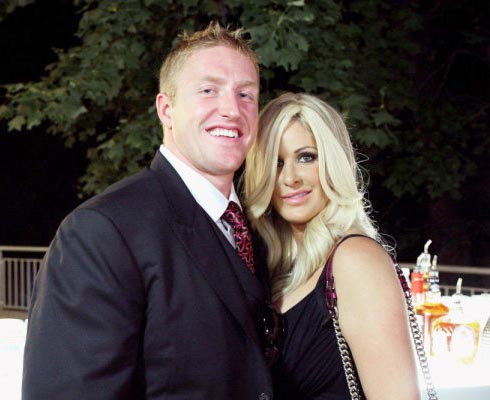 Remembering his anniversary is going to be no problem for Kroy Biermann, who is marrying The Real Housewives of Atlanta‘s Kim Zolciak later today, joining thousands of other couples tying the knot on 11-11-11.

The ceremony will take place later today in Atlanta and is being organized by super party planner to the stars Colin Cowie and will be attended by an array of friends, family and celebrities. (Given Kim’s reaction to castmate Cynthia choice of betrothal locales I’m assuming the wedding won’t be held at the Museum of Natural History.) Even blogger Perez Hilton is making the trip, paying his respects to the gossip blog post generating machine that is the wig-wearing peachy diva Kim Z!

(Want to join Perez for the worst day of Nene Leakes’ life? It won’t be easy. Check out the complicated requirements for those in attendance from Kim’s wedding invitation!)

I think I agree with Wendy Williams’ take on Kim and Kroy’s relationship, which was at first suspicious but has since yielded to the couple’s obvious affection for each other. Congrats to Kim and Kroy on their special day!

Here are Kim’s tweets from the past couple days – she’s obviously excited. (And don’t forget, reports are that Kim has gotten her own spin-off reality series on Bravo and of course the wedding will be the cornerstone event in its inaugural season!)

THE OTHER WAY Deavan and Jihoon wedding photo leaks