Farrah was wearing a sexy sheer black mini-dress with a turtle neck collar, which you can see more clearly in this next photo posted by the Exxotica Facebook page: 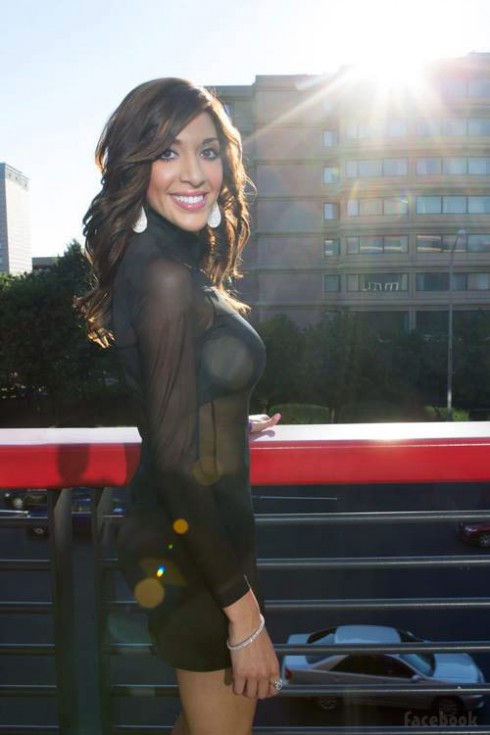 And here’s another photo of Farrah participating in the panel discussion:

And how about a very brief instagram video in which you can see Farrah posing for photos:

(I never realized it before, but I think I may be a sucker for a disco ball top and a tutu!)

Ahhhh, but what adu|t film industry convention would be complete without posing with the most famous adu|t film star on the planet? Thankfully, Ron Jeremy got to do just that! 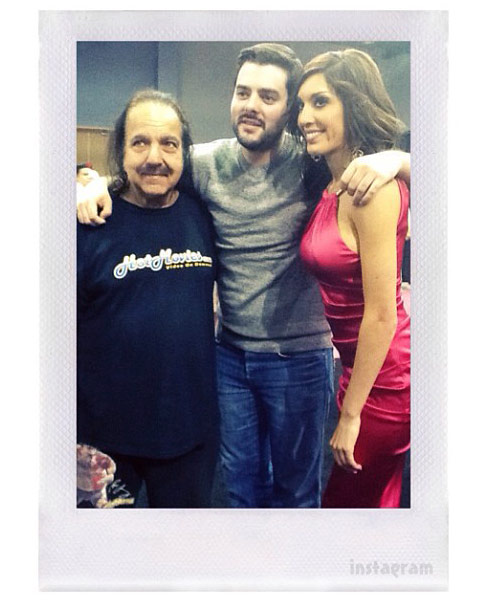 * If you find yourself staring at the “Jesus Loves P0rn Stars” photo of Farrah Abraham and thinking to yourself, “Haven’t I seen that before?” it’s probably because it is eerily similar (in appearance and message — sort of) to her infamous vag!na costume picture that we can’t ever seem to get enough of here at Starcasm:

Exxotica Chicago will be open again tomorrow (Sunday) so if you don’t want to miss your chance to see Farrah in person then get your ticket now! (Or else you may have to become a huge adult film star and wait for Farrah to some to you and ask that you pretend to be her boyfriend and star in a private sex tape with her — which could take months!)

For those aspiring Farrahologists out there, this is her second time appearing at an Exxxotica Expo this year after attending the one in Florida in May.