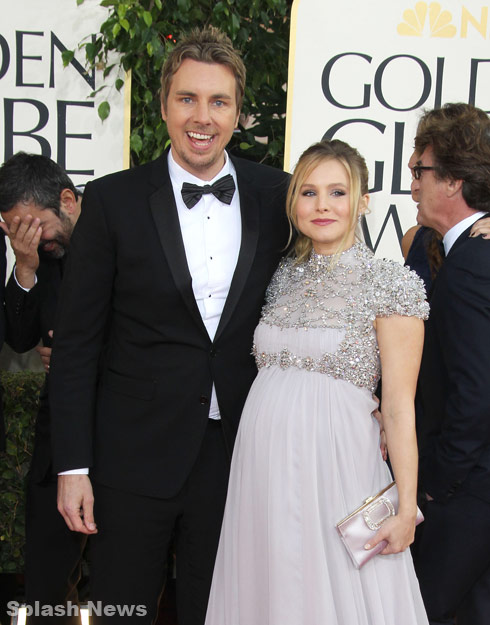 Congratulations are in order for Dax Shepard and Kristen Bell!

The longtime couple finally got married yesterday in a no-frills ceremony at the Beverly Hills County Clerk’s Office. The parents to 7-month-old daughter Lincoln, were said to have been going simply to obtain a marriage certificate but accepted the offer of a court employee to marry them in an adjacent courtroom.

Shepard and Bell got engaged in 2009, but the pair publicly vowed not to say their vows until laws banning same-sex marriages were turned down nationwide. Bell said in August of 2012:

“I don’t feel appropriate taking advantage of a right that’s denied to my [gay and lesbian] friends. It’s just kind of rude to invite everyone to a party for a rite not everyone can hold.”

This past June, in reaction to The Supreme Court overturning DOMA and the State of California striking down Prop 8, Bell celebrated by re-proposing to Shepard via Twitter.

Bell had stated in the past that she didn’t want any kind of big ceremony for her big day, “I feel like we get enough attention in our daily lives and we just want something sort of private that involves pen and paper.”