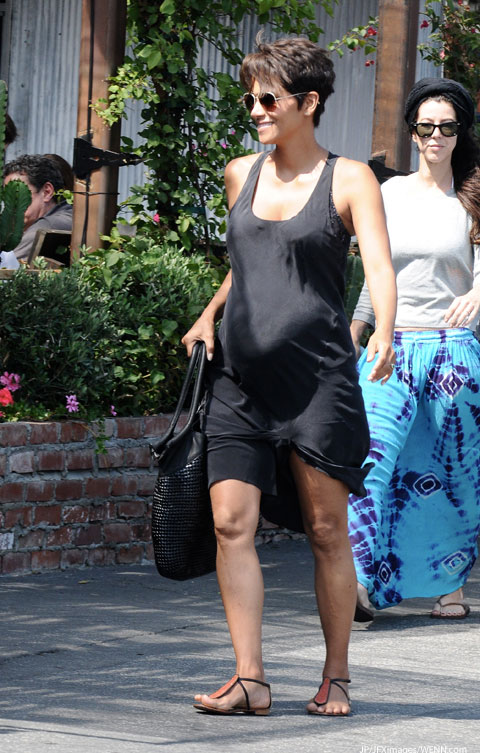 She’s due to give birth to a baby boy sometime this fall (probably October.) Just a few weeks ago, a very emotional Halle testified in front of California lawmakers to help tighten anti-paparazzi laws, especially when it comes to children.

“My daughter doesn’t want to go to school because she knows ‘the men’ are watching for her,” the Academy Award winning actress pleaded with the court. “They jump out of the bushes and from behind cars and who knows where else, besieging these children just to get a photo.”

For awhile there was speculation that Halle would be moving to France because her fiance Olivier Martinez is French, but last month he confirmed that their child would be born in the US, and that the family would continue to live in LA.

“My son will be an American, but I remain French,” he said on a red carpet in June. “I remain a Frenchman in America, but I adapt to American culture. I feel good there — but I’m still a foreigner.” 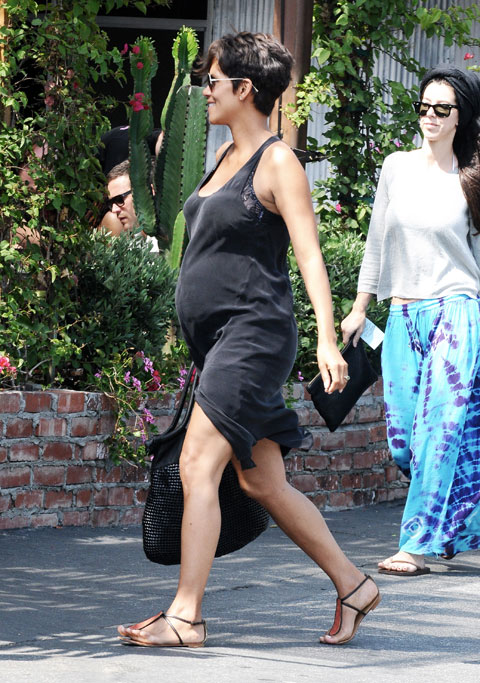 Sunday many of Halle’s former personal items and possessions from when she was in a realtionship with daughter Nahla’s father Gabriel Aubry are going up for auction in Montreal. Everything from her former bed to her former nail clippers are being sold.